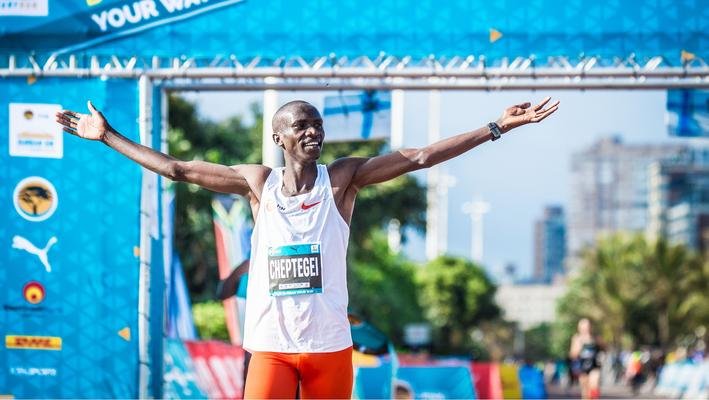 Behind every great athlete is a great coach, and that is also true of men’s 5000m world record holder Joshua Cheptegei of Uganda.

Cheptegei set a new world mark (12:35.36) at the Diamond League meeting in Monaco last month, and some 9000km away there was a Dutchman by the name of Addy Ruiter in Uganda going berserk.

Ruiter coaches around 15 athletes in Kapchorwa in the eastern region of Uganda, and the obvious star is Cheptegei.

“I’d been following the race by Livestream and after he set the record I was leaping around the house, I was very happy,” explained Cheptegei’s coach, Addy Ruiter to worldathletics.org.

Four weeks before Cheptegei’s record-breaking exploits, he impressed during a training a session which showed Ruiter his star pupil was ready to make history.

“Knowing he was that much further ahead of the world record was important because we knew the likely hot conditions he would face in Monaco would slow him down a little.”

Ruiter, a top runner in his own right with a 10km personal best of around 30 minutes, said by the age of 40 he’d realised his calling was in coaching.

“I’d seen many beautiful places in my life but I think I’d reached a time in my life when I wanted to give back to others,” he explains.

“I had fulfilled my dreams by travelling, I thought it would be nice to fulfil the dreams of others. I was always interested in the theory of coaching, I’d read about it from a young age. I thought I had the knowledge and the skills for it, and that’s how my coaching journey started.”

Ethiopian Kenenisa Bekele was the previous holder of the 5000m world record but still holds the fastest time ever over 10 000m. Bekele’s time of 26:17.53, however, will be under threat on October 7 in Valencia where Cheptegei will attempt to add another world record to his growing list of achievements.