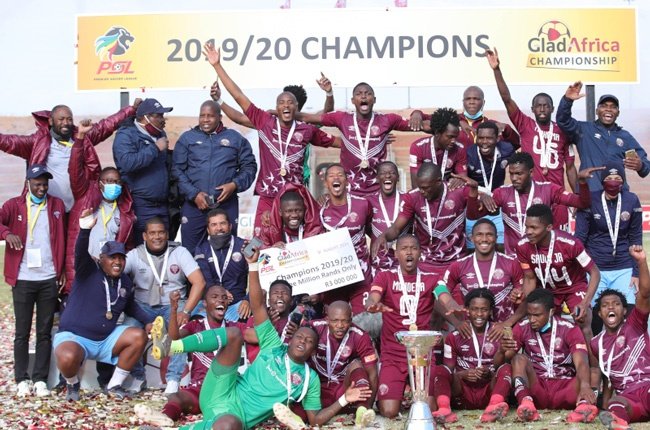 Just over a year ago, the GladAfrica Group entered into a five-year partnership agreement with the Premier Soccer League to be the title sponsor of the second-tier professional football league in South Africa.

“It gives us immense pleasure to be part of the crowning of the first-ever champions of this exciting league,” said GladAfrica in a statement.

“The fact that the crowning of the champions had to go down to the wire bears testimony to the competitive nature of the league in the past season.”

GladAfrica Group Chairman Noel Mashaba said: “Both the top two finishers had to sweat it out until the final whistle, making for a thrilling close of the season and a display of an exciting brand of football.

“Over the past year, we’ve witnessed teams battling it out for the top spot. It has been an exciting experience for us to watch the commitment and dedication displayed by teams vying to finish at the top of the table.”

GladAfrica added: “We congratulate all the teams that participated in the league and wish them well for the future. We are looking forward to seeing them compete for top honours again next season.

“We send our commiserations to the clubs that were unfortunate not to survive relegation. We encourage them to regroup and recommit themselves to working hard in order to fight their way back to the GladAfrica Championship.”