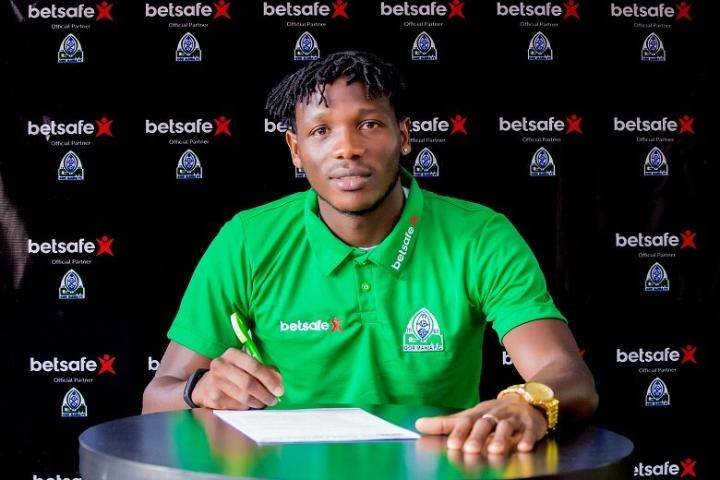 The defensive midfielder joined the club on a two-year deal.

Ngafei said: “It feels good to join Gor Mahia knowing it’s one of the best clubs in Africa.

“I am here to help the club win titles both locally and internationally and I believe with the help of my team-mates and technical staff, we will do it.”

Intent on beefing up its stock in the middle of the park, Gor Mahia also signed midfielder Sydney Ochieng.

Ochieng said: “I am happy to join Gor Mahia. it’s a big challenge because this is a club that has been performing well and is popular in the country,  so l have to work extra hard to help the team stay up there and deliver.

“I feel no pressure at all. I know most of the players in the team because we have played together previously. I believe they will guide me,” Ochieng’ added.

“My ambitions are to lift the local league title, do well in Caf matches as well as earn a call up to the national team.

The new signings come in the wake of the departure of Ugandan striker Juma Balinya last week. Balinya cited ‘financial issues as the reason for his decision.

“It is true he has left the club. His agent informed me that his exit has been occasioned by financial issues at the club,”  Polack told Kenyan publication Nation Sport.