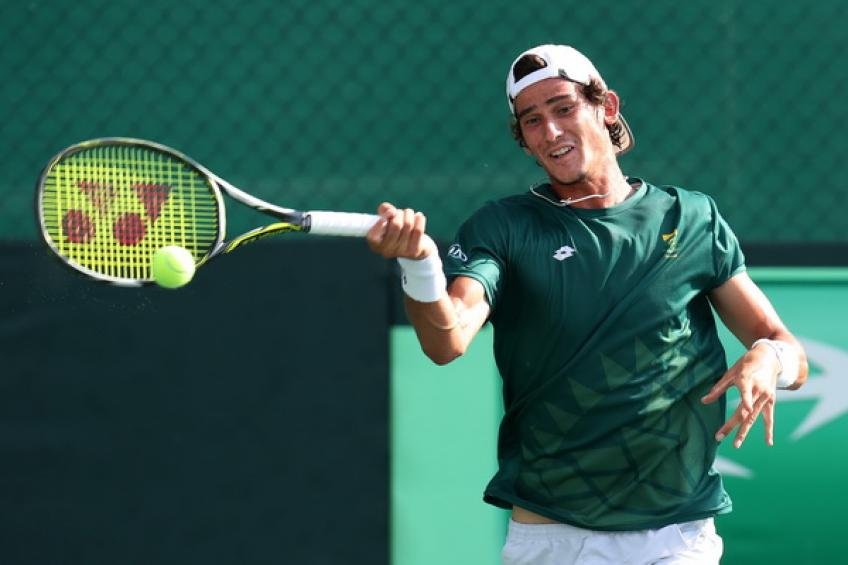 South Africa’s Lloyd Harris reached the second round of a Grand Slam for the second time at Flushing Meadows on Monday after a straight-sets 6-4 7-5 6-2 victory over Italian Marco Cecchinato.

The 23-year-old from Cape Town defeated the Italian world number 108 Cecchinato in one hour and 54 minutes to book his place in the US Open second round for the first time.

Harris, who is with his coach Anthony Harris in the New York bio bubble, fired 12 aces compared to the Italian’s three and hit 32 winners to his opponent’s 14.

Next up for Harris, is a tough second round encounter against seventh seed David Goffin of Belgium on Wednesday. Goffin rolled over American Reilly Opelka 7-6 3-6 6-1 6-4 in his opener.

South Africa’s other men’s singles contestant, Kevin Anderson, was knocked out in the opening round after losing in four sets to fifth seed Alexander Zverev of Germany.

The fifth seed Zverev faced a serious challenge against 2017 runner-up Anderson on Arthur Ashe Stadium, and he rose to the occasion, recording a 7-6(2) 5-7 6-3 7-5 victory after three hours and seven minutes.

In the men’s doubles event, South African star Raven Klaasen and his Austrian partner Oliver Marach (seeded seventh) will open their campaign against the unseeded duo of Philipp Oswald of Austria and New Zealander Marcus Daniel on Wednesday.