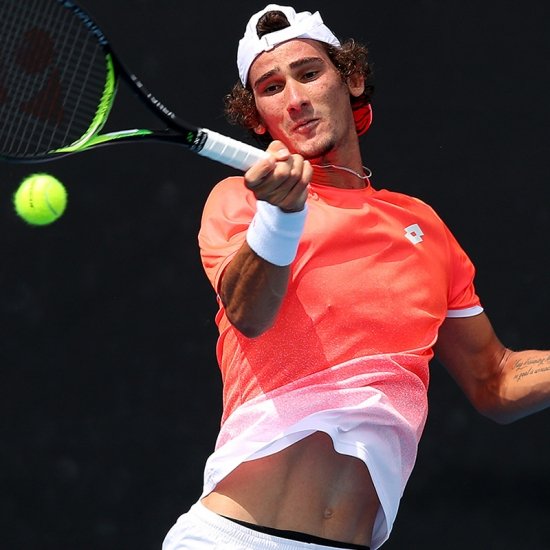 South Africa’s Lloyd Harris lost to world number 10 David Goffin 7-6(6) 4-6 6-1, 6-4 in the second round of the US Open at the USTA Billie Jean King National Tennis Center in New York City.

The 23-year-old Harris fought hard but eventually fell to the seventh seed.

In what has been his first grand slam second-round appearance, Harris played on a very high level in the opening set before Goffin took charge to march towards the finish line and book a place in the third round.

Goffin was able to take the first set tie-breaker, 8-6, with a forehand winner.

The second set started with four consecutive breaks of serve. Harris broke the set open in the sixth game, with a break of serve for a 4-2 lead, and held on to take the set, 6-4.

In the third set, Goffin picked up his game and jumped out to a 4-1 lead with some big and timely serves (four aces) and fewer unforced errors (5) than winners (6).

Both players opened the fourth set with breaks of serve as Harris tied it at 1-1 after having lost seven of eight games to Goffin.

Goffin broke Harris to love in the ninth game to serve for the match, leading 5-4. Goffin opened up a 40-0 lead, but Harris kept fighting, getting it back to deuce on two forehand winners and an unforced error by Goffin. Finally, on the fourth match point, Goffin rushed the net and hit a forehand volley to end the match.

In the doubles event, South African tennis star, Raven Klaasen and his doubles partner, Olivier Marach of Austria have been knocked out of the US Open in the first round.

The pair fell in straight sets, 6-3, 7-6(5) to Marcus Daniell (New Zealand) and Philipp Oswad (Austria) in a match that lasted a little over an hour.