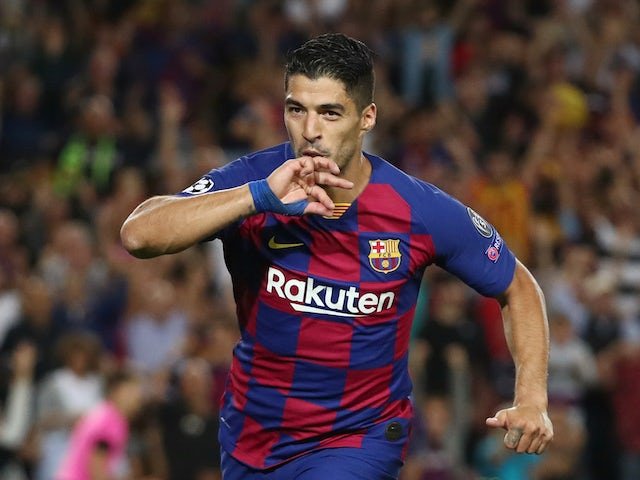 FC Barcelona player Luis Suarez is on the verge of leaving the Catalan giants after he agreed to personal terms with Italian giants Serie A.

The Italian champions are in the pole position to sign the Uruguayan forward who is in the final year of his contract.

New manager Ronald Koeman is looking to offload the striker who has no part in his futuristic plans for the La Liga club.

Suarez has also been linked with a move to Ligue 1 champions Paris-Saunt Germain as well as his former clubs Ajax and Liverpool.

Ajax look to splash the cash from Donny van de Beek sale to Manchester United to land the talisman but his return to Johan Cruyff Arena seems unlikely.

His return to 2019/20 Premier League champions Liverpool seems also very unlikely with the Merseyside Red club looking reluctant and dormant to do business in the transfer window.

33-year-old Suarez could form a lethal partnership at the Old Lady with Cristiano Ronaldo up top and Paulo Dybala.

This could be a major twist in Barcelona squad with the exit of their star man Lionel Messi also looking imminent.

The Argentine is looking to reunite with his former boss Pep Guardiola at Etihad and national teammate Sergio Aguero.

Antoine Griezmann’s exit was also looking close just before the former La Liga champions were bundled out of the UEFA Champions League competition by Bayern Munich in an 8 2 thrashing, in a one-legged semi-final match.

So far, Barca have added a forward in the transfer window, signing 20-year-old Francesco Trincao on a five-year contract with a buyout clause of €500 million.