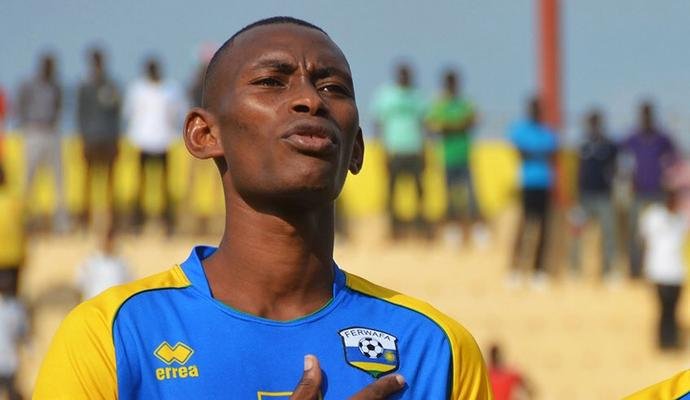 Mugiraneza decided to call an end to his international career after a 14-year spell that saw him record 68 appearances and score seven goals for the Amavubi.

The former APR midfielder who currently plays for Kinondoni Municipal Council (KMC) FC in the Tanzanian top tier said he feels it is the right time to depart the international scene.

“It was with great honour that I played for my country. Playing for Amavubi is all I have ever wanted to do and I think I have achieved a lot in my career.

“It is better to give a chance to young players. I have given everything to the national team and I am happy with what I have achieved over the years.”

Mugiraneza who has also played for Azam FC and Kenyan record champions Gor Mahia was handed his senior team debut in 2006 when Rwanda hosted the regional Cecafa Senior Challenge Cup.

At just 29-years-old, it’s quite likely that Mugiraneza made the decision so he could focus on his club career. In fact, on Tuesday reports emerged that top Tanzanian outfit Namungo FC are interested in signing the player.

Namungo coach Thierry Hitimana told ewtimes.co.rw: “Discussions between him [Migi] and the club took place, but nothing decisive has come out yet. We have young players who did a great job last season, but we need someone experienced like Mugiraneza.”