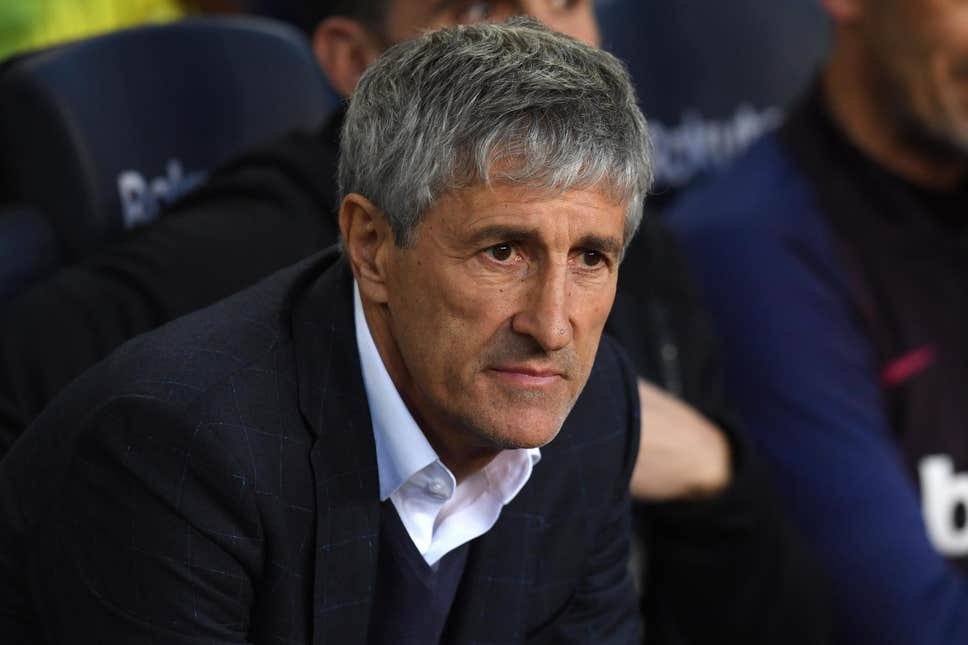 FC Barcelona have announced that head coach Quique Setien has parted with the Spanish club.

“The Board of Directors have agreed that Quique Setien is no longer the first-team coach,” the club said in a statement.

“This is the first decision within a wider restructuring of the first team which will be agreed between the current technical secretary and the new coach, who will be announced in the coming days.”

The news comes after the 26 times champions of La Liga were humiliated by FC Bayern in the UEFA Champions League quarter-final in an 8 2 defeat.

The Spanish giants have been lacklustre since the restart of the Spanish Premier League which saw they lose the title race to bitter rivals Real Madrid.

The club’s administration has as well come under scrutiny following failures both on and off the pitch.

One of the highlights involved their transfer activities with recently the Blaugrana selling midfielder Arthur Melo to Juventus with Old Lady player Miralem Pjanic going the other way.

Despite having a quality squad, the club ended their 2019/20 campaign without a trophy in their cabinet.

Netherlands head coach Ronald Koeman has been pipped to succeed Setien, who joined the club in January, recording only 16 wins, four draws and five defeats.

Koeman, a former Barcelona player could be announced as the manager in the coming days after the club failed to land former Tottenham Hotspur manager Mauricio Pochettino.

Barcelona would, however, have to pay some compensation fee to the Netherlands to secure the services of 57-year-old tactician.