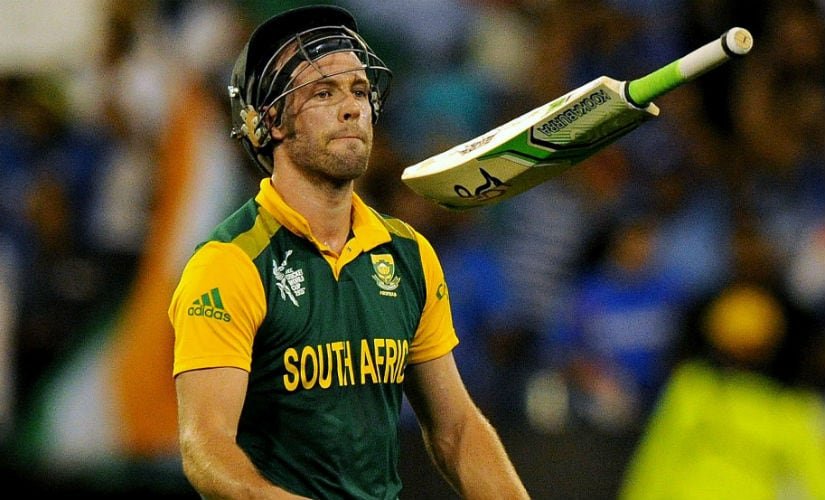 AB de Villiers said he was proud to have been part of the first 3TeamCricket Solidarity Cup match, which raised R3-million for charity at SuperSport Park in Centurion on Saturday.

The match was won by De Villiers’ Eagles side.

“There were obviously more important things out there, getting out and playing, doing it for solidarity in South Africa and showing that we can stick together as a nation,” De Villiers said.

“That to me was what it was ultimately all about.  What does make me the happiest is the funds we raised, that is the cherry on the cake.”

The 36-year-old struck an explosive 61 off 24 balls and shared in a century stand with Player of the Match, Aiden Markram (70 off 33 balls) to help the Eagles amass 160/4 across the two halves of six overs each side faced.

That put them 22 runs clear of the 138/3 posted by silver medallists Kites and 47 ahead of the Kingfishers (113/5), the team which ended with bronze.

“We had a lot of fun out there, there were lots of runs, catches and wickets,” De Villiers said. “It was quick, fast and fun, which is exactly what I expected of the format, and that is what we got.”

As for his own form, as one of the world’s leading batsmen, he conceded that he surprised himself by the way he played.

“I had a few nets leading up to this game, so I wasn’t completely cold,” he explained. “I was just trying to stick to the basics and see the ball out of the bowlers’ hand.

“So I was quite surprised that a couple came out of the middle. It was scratchy early on but once I got going it was like riding the bike again, which I missed so badly.”

De Villiers’ Kites counterpart, Temba Bavuma was also happy to be back out in the middle saying:

“It was fun to be back on the park, we have been locked up in our homes, so to be running around and seeing the guys again, that was great fun. Also being part of this new, novel format, it was quite interesting.”

He agreed that raising money for a noble cause during the current climate was a big part of the game.

“It wasn’t just about us as the professionals out there, but it was also about the causes that we were playing for,” he added.

“So to be able to raise three million Rands, that will be very handy for the needy people out there and go a long way towards alleviating some of the struggles being experienced at the moment.”

Reeza Hendricks, who led the Kingfishers, concurred and added that that the game was more than just cricket.

“We have to look at the bigger picture and to be part of that is great,” he commented. “As for the game, it was great to be back. Guys were a bit rusty but it was good to be back playing for the first time in a very long while.

“We didn’t know too much about the format, we had that trial game run, but for us to be part of this was quite special.”

R2,5 million will go to the Hardship Fund, a joint Cricket South Africa (CSA) project aimed at providing relief to those within the cricket industry affected by the current Covid-19 pandemic. R500 000 will be split among the charities that were identified by the captains ahead of the match.