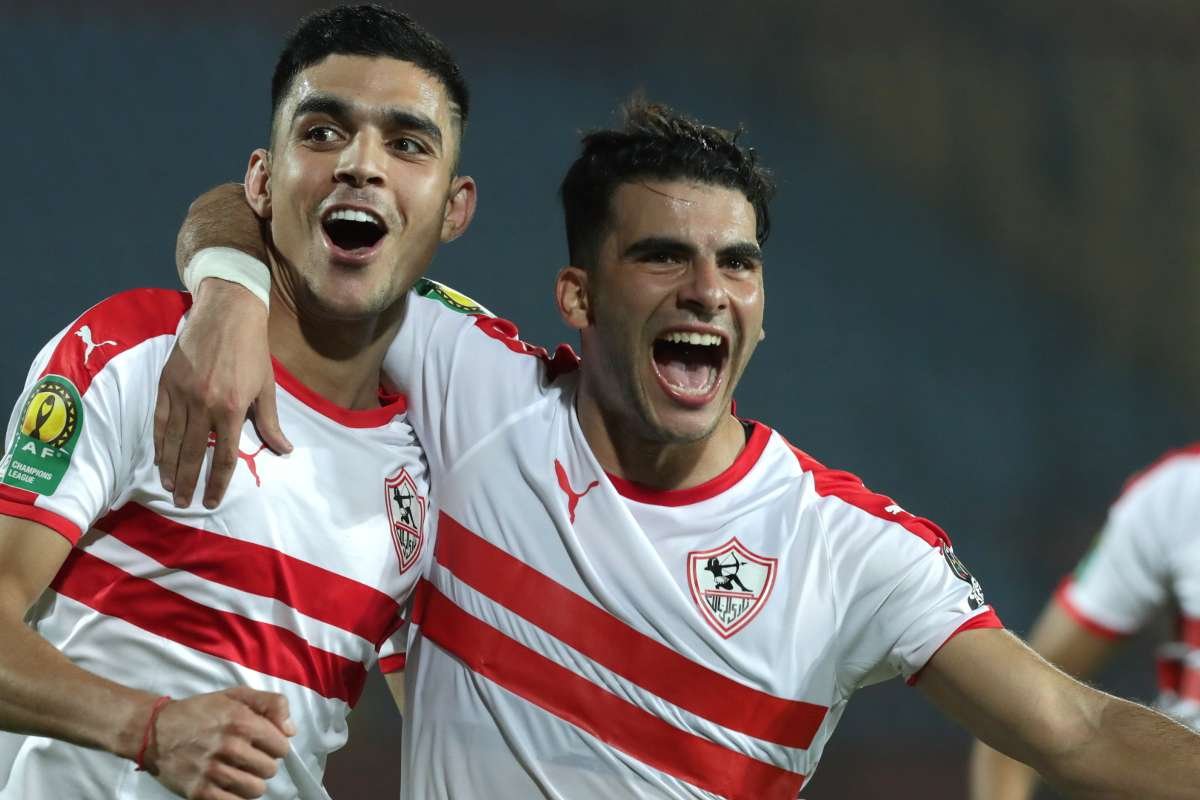 It was a weekend full of joy for Egypt’s giants Al Ahly and Zamalek, and their Moroccan counterparts Raja and Wydad, as the four sides cruised to victories in the African Champions League quarterfinals first-leg matches.

At their respective dens in Cairo and Casablanca, the home sides achieved a two-goal cushion before the return leg matches scheduled next weekend. Huge crowds at Cairo International Stadium and Mohamed V Complex has their say as the four hosts managed convincing victories.

Aggregate winners after the return leg will reach the final four with the Holy Grail of African club football at stake.

Exactly two weeks after bagging the 2020 African Super Cup in Doha, Qatar, with 3-1 victory over Esperance, Zamalek repeated the same result when they entertained the defending champions Esperance in Cairo.

“The White Knights” responded well after falling behind to Abdelraouf Benguit opener for the visitors after 27 minutes. Mohamed Ounnajem restored parity four minutes later, only for Achraf Bencharki to produce a “man of the match” performance after the break.

The Moroccan scored Zamalek’s second after 72 minutes and won a penalty three minutes into injury time from which Mahmoud Alaa made it 3-1.

“The Blood and Gold” side who won the title the past two seasons now need to score two unanswered goals in Rades on Friday if they are to keep their title defence campaign going.

Elsewhere, Raja needed two headed goals to see out Mazembe who came into the fixture as favourites.

Former “Ravens” striker Ben Malango opened the score for Raja after just six minutes to settle the “Green Eagles” nerves early. Malango who used to excel with Mazembe refused to celebrate in respect to his former club.

Five-time champions Mazembe are now facing an uphill to climb in the return leg, as Raja will defend their two-goal lead with everything they’ve got to secure a place in the Champions League final four for the first time since 2005.

Later, Tunisian import Al Maaloul was “The Red Devils” hero for Al Ahly in Cairo as he scored a brace after the break to guide record eight-time champions to a convincing 2-0 victory over old foes Mamelodi Sundowns.

After suffering their worst-ever continental defeat against the same opponent in the same round last season, Al Ahly supporters gathered in huge numbers at Cairo International Stadium, hoping their beloved side can achieve a cushioning lead before the return leg. The first half ended in a barren stalemate, but Maaloul settled himself as “Man of the Match” in the second stanza.

The influential left-back broke the deadlock after 56 minutes and doubled his tally from the spot twelve minutes later. Sundowns will hope to repeat last season’s shock when they entertain Al Ahly next Saturday in Pretoria, while they need three unanswered goals to qualify.

In the final clash of the weekend, Wydad completed the groups’ runner-ups victorious weekend, as their new coach Juan Carlos Garrido started his tenure on a winning note against his former employers Etoile du Sahel.

Defender Mohamed Nahiri headed home in each half to give Wydad a precious lead before the decisive second leg. Nahiri’s header opened Wydad account of the night after 11 minutes, and he repeated the same scenario nine minutes after the break to give Wydad faithful a cheerful night.

Etoile needs now to turn the table over last season’s losing finalists if they want to complete their title-hunting campaign.