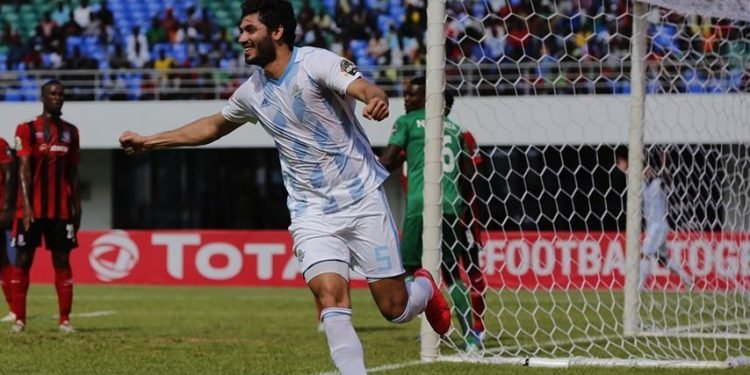 Egyptian debutants Pyramids proved too strong for Zambian hosts Zanaco, defeating them 3-0 at the National Heroes Stadium in Lusaka on Sunday afternoon in the Confederation Cup quarterfinals first-leg.

Defender Ali Gabr broke the deadlock for Pyramids after 18 minutes, and Mohamed Farouk doubled the visitors’ tally six minutes later. Skipper Abdullah Elsaid scored from the spot after 68 minutes as Pyramids are all but assured of a place in the semifinals.

The return leg takes place in the Cairo-based 30 June Stadium this weekend, with Pyramids needing to avoid a three-goal defeat to go through to the final four in their first-ever African competition appearance.

Pyramids eventually took the lead after 18 minutes. Elsaid sent a curling cross from a corner kick that defender Gabr met to give the visitors the lead.

And it soon became 2-0 for the debutants six minutes later. Once again it was Elsaid behind the goal when he found his way through the hosts’ defence. Goalkeeper Toaster Nsabata came from his line to deny him, but the rebound ball found Farouk who doubled the visitors’ tally.

Elsaid could have made it three at the half-hour mark. The veteran sent a scorcher that was denied by Zanaco’s crossbar. From the rebound ball, Eric Traore tried to follow but his effort went high.

The hosts had to wait until the 40th minute to have their first real chance. Skipper Rodgers Kola’ header was denied by Pyramids goalkeeper Mahdi Soliman. Kola once again tested Soliman with a shot from the edge of the penalty area a minute later, but the Egyptian produced a brilliant save. The sides went to the interval with Pyramids leading 2-0.

Zanaco piled on the pressure after the break, and three minutes into the second half Kiala Gradi’s free-kick found another brilliant save from Soliman.

Pyramids had their goalkeeper to thank once again on the hour mark when he fully stretched to save Kola’s free-kick.

There was a swinging action after 62 minutes. Charles Zulu led a swift counter-attack that ended with a shot just wide. Pyramids responded directly and Farouk went one-on-one with Nsabata who denied Pyramids winger from doubling his personal tally.

But it was soon 3-0 for the visitors. Eric Traore was fouled inside the vital area to hand Pyramids a penalty. From the spot, Elsaid made no mistake to take the match beyond the hosts Zanaco, with 22 minutes remaining.

Soliman was there once again to deny Kola from grabbing a consolation goal for Zanaco in the final minute, as Pyramids will have a happy trip back home.