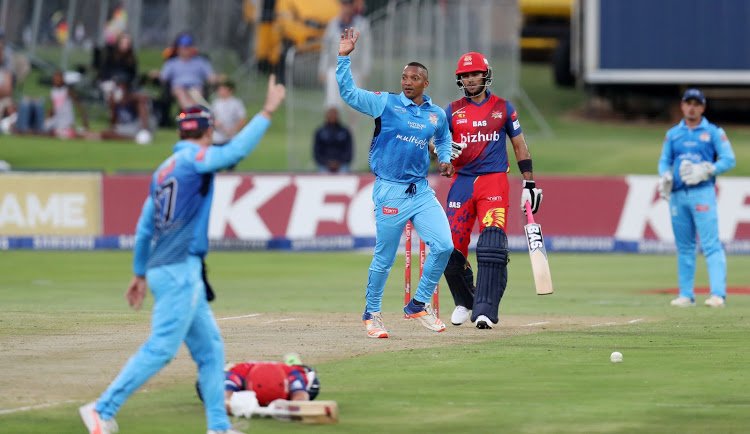 Marcello Piedt led a brilliant bowling display by the Momentum Multiply Titans as they cut down the log-leading Lions on the opening day of their 4-Day Domestic Series derby in Centurion on Monday.

The right-arm seamer claimed 2/17 – four of which were maidens – to help his side dismiss their cross Jukskei rivals for 168.

All the bowlers shone for the home side, with Theunis de Bruyn’s unbeaten 63 (96 balls, 10 fours) then driving home the advantage as the hosts closed on 109/3 at SuperSport Park, 59 runs behind.

That capped a wonderful day for the men from the capital, and another difficult one for the defending champions, who went into the game on the back of an upset defeat at the bottom-of-the-table Dolphins last week.

They won the toss and opted to bat first but were blown away in just 52.5 overs.

Piedt led the way with his double, while there were also two wickets each for Ryan Cartwright (2/42) and captain Grant Thomson (2/22).

The most successful bowler was Hardus Viljoen after he bagged 3/51.

The Lions had slumped to 71/7 before being rescued by top-scorer Migael Pretorius (32).

The Titans lost an early wicket when Tony de Zorzi (11) fell in the sixth over, but De Bruyn and Victor Mahlangu (23) pulled them out of danger to complete a dominant day for the Titans.