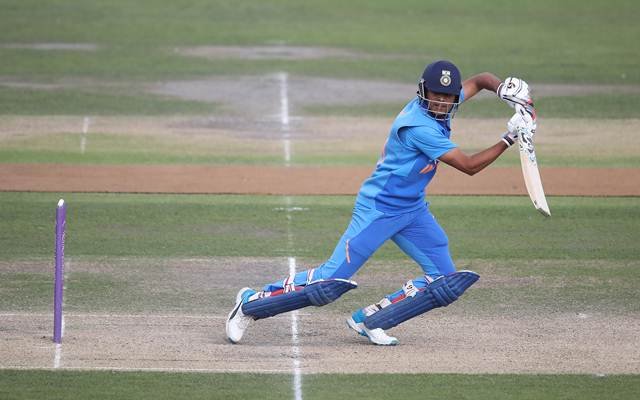 The victory means the sub-continent side remained unbeaten on their way to lifting the series trophy which was used as preparation ahead of the ICC under-19 Cricket World Cup taking place between January 17 and February 9 in South Africa.

In the other game in the series, Zimbabwe sealed the third spot thanks to a memorable two-run win over New Zealand at the Chatsworth Oval.

After entering the match with his team in trouble, Jurel smashed 101 off 115 balls (eight fours, two sixes) in a century stand with Tilak Varma (70) to help guide his team to a commanding 259/7 before Atharva Ankolekar took four wickets to restrict South Africa to 190 all out.

This was despite a valiant, maiden half-century from all-rounder, Jack Lees, who top-scored for the hosts with 52 off 69 deliveries (four fours).

The SA Under-19s won the toss under the overcast conditions at the Kingsmead Stadium, electing to bowl first and the decision paid off almost immediately.

Reeling at 13/3, Man of the Match, Jurel and Varma combined for an outstanding 164-run partnership for the fourth wicket to not only stabilise the innings but take charge of the contest entirely.

The breakthrough finally came in the 38th over, with Odirile Modimokoane (1/43) removing Varma, before SA Under-19s captain, Bryce Parsons claimed the wicket of Jurel soon after he raised his bat for an impressive hundred.

South Africa then bowled well towards the end of the Indian innings, with Tiaan van Vuuren (1/45) and Mondli Khumalo (1/55) nabbing lower-order wickets to slow down the sub-continent side’s scoring rate.

Siddhesh Veer contributed an important, unbeaten 48-run cameo to propel his team to a daunting target for the home side to chase.

Unlike in previous matches throughout the series, South Africa couldn’t rely on destructive innings from Parsons at the top of the order, as he fell early to an Akash Singh (1/29) delivery.

Although Jonathan Bird briefly took over those reigns from his captain, with a blitz 39 off 31 balls (five fours, two sixes), the tall left-handed batsman was soon removed by Ravi Bishnoi.

Opening batsman, Andrew Louw (17), looked to be anchoring the SA U19s innings, but with wickets falling around him, including Levert Manje (nine) and Luke Beaufort (five), the pressure told, as he was trapped leg-before-wicket by Varma (1/11).

In at seven, Lees found a willing partner in Van Vuuren as the pair battled hard against India’s spin, dragging South Africa from 121/6 with a 47-run stand before Ankolekar picked up his third wicket of the clash to break the partnership.

Unfortunately, the halting of that partnership was the beginning of the end for the junior Proteas, as Veer (1/9), Bishnoi and Ankolekar wrapped up the innings to crown the India Under-19s the series champions.

In Zimbabwe’s victory, Milton Shumba was the star of the show, taking figures of 4/23 to bowl out New Zealand for 198 before starring with the bat as his 86-ball 50 (four fours) helped his team over the line with three balls to spare.

All-rounder, Varma was crowned the Player of the Series following his crucial contributions at the top and middle-order for India, recording 181 runs with the bat, including two fifties and four wickets.