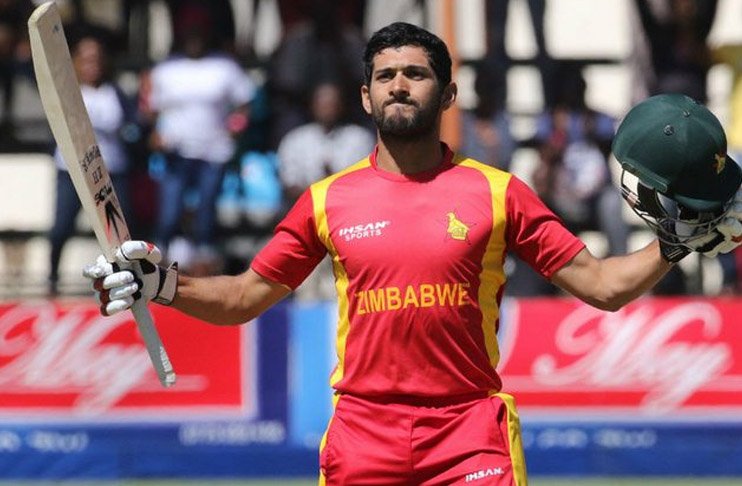 Zimbabwe’s spinning all-rounder Sikandar Raza took six wickets in the day, finishing with figures of 7/113 – his country’s second-best in Tests – to leave the hosts in charge against Sri Lanka in Harare.

Zimbabwe finished the third day 62/1 in their second innings, leading by 175 runs.

Sri Lanka resumed their innings in the morning well placed at 122/2 with Kusal Mendis and Angelo Mathews at the crease, but Raza soon snared his first of the day.

Mendis, on 22, pulled a shorter ball from the off-spinner into Kevin Kasuza at short leg, the ball ricocheting off his helmet towards Carl Mumba at square leg. Kasuza was quickly taken from the field of play, and will not play any further part in the match after failing a concussion test with Timycen Maruma replacing him.

Dinesh Chandimal came and went, scoring just six before jabbing a back-foot punch back to Raza who took a low catch. Mathews and Dhananjaya de Silva built a steady partnership, with Mathews continuing his form in the series by going past fifty.

But just as it looked that de Silva would join him, Raza struck again. And once again it was the shorter ball doing the damage as it kept low underneath de Silva’s attempted pull, the all-rounder departing for 42.

Niroshan Dickwella (one) and Suranga Lakmal (five) followed quickly, taking Raza’s tally for the innings to six. And Carl Mumba then removed Mathews for 64, tickling one down the leg-side, to leave Sri Lanka 244/8 and still 162 runs in arrears.

But Lasith Embuldeniya and Lahiru Kumara provided resistance to go with Vishwa Fernando’s defiance as the trio put on 49 runs in slightly over 22 overs for the final two wickets.

Embuldeniya was brilliantly caught at mid-off for a 56-minute five to give Raza his seventh wicket and giving the off-spinner a chance to achieve Zimbabwe’s best-ever Test figures. He had 7/105 at that point, with Paul Strang’s 8/109 against New Zealand the mark to beat.