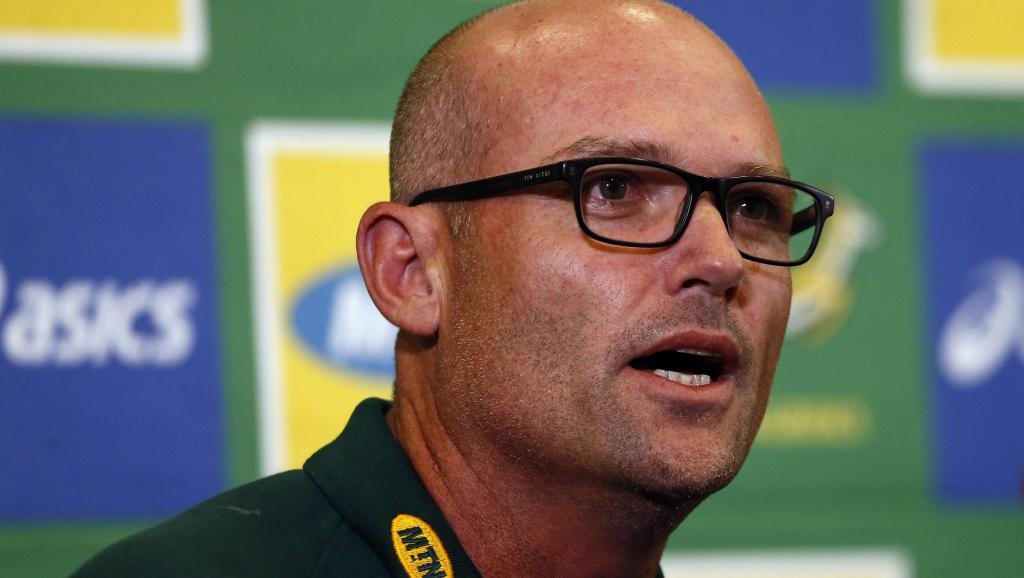 Jacques Nienaber was named as the new Springbok coach on Friday as part of a revised coaching panel, that will report directly to Rassie Erasmus, South Africa’s director of rugby.

Nienaber is promoted from an assistant coach’s role to carry the day-to-day responsibility while Erasmus will continue to direct strategy in tweaking of a panel that is heavily accented on continuity.

Both Nienaber and Erasmus emphasised that continuity will be paramount for the Boks in 2020.

Mzwandile Stick has been reappointed as an assistant coach while in an innovative inclusion, Felix Jones will continue but in a new role as a European-based coaching consultant.

There are two new appointments with Deon Davids appointed forwards coach while Daan Human – the Bulls’ scrum coach – takes up the same role with the Springboks on a shared basis.

Davids, 51, graduates after a tough apprenticeship as head coach of the Southern Kings, firstly in Super Rugby (2016-17) and then in Pro14 until parting company with the team at the completion of the last season.

Human, 43, the former Springbok front ranker, will continue to work as the scrum coach of the Bulls during the Super Rugby season but will join the Springboks for the incoming series in July, the Rugby Championship and the outgoing tour in November.

Stick, 35, retains his place in the coaching team as an assistant coach with special responsibility for skills while the highly-rated Jones (32) – who was a last-minute appointment on the eve of the Rugby World Cup – will be based in Europe to improve communication and alignment to address the reality of the number of South African players based on that continent.

The panel was approved by the Executive Council in December.

“The coaching team has undergone a refresh but there is a strong theme of continuity and succession planning,” said Jurie Roux, SA Rugby CEO.

“The recommendation of the Director of Rugby was unanimously accepted as it strongly accented those aspects.

“Rassie will remain the director of Springbok affairs but this is a deserved opportunity for Jacques to come out of the shadows and provide Test experience to Daan and Deon.

“We are defending the Castle Lager Rugby Championship title in 2020 and are already looking forward to the visit of the British & Irish Lions in just over 18 months’ time so there is no let-up for the team.”

The Springboks play their first match as reigning Rugby World Cup champions against Scotland on July 4 (venue to be confirmed).