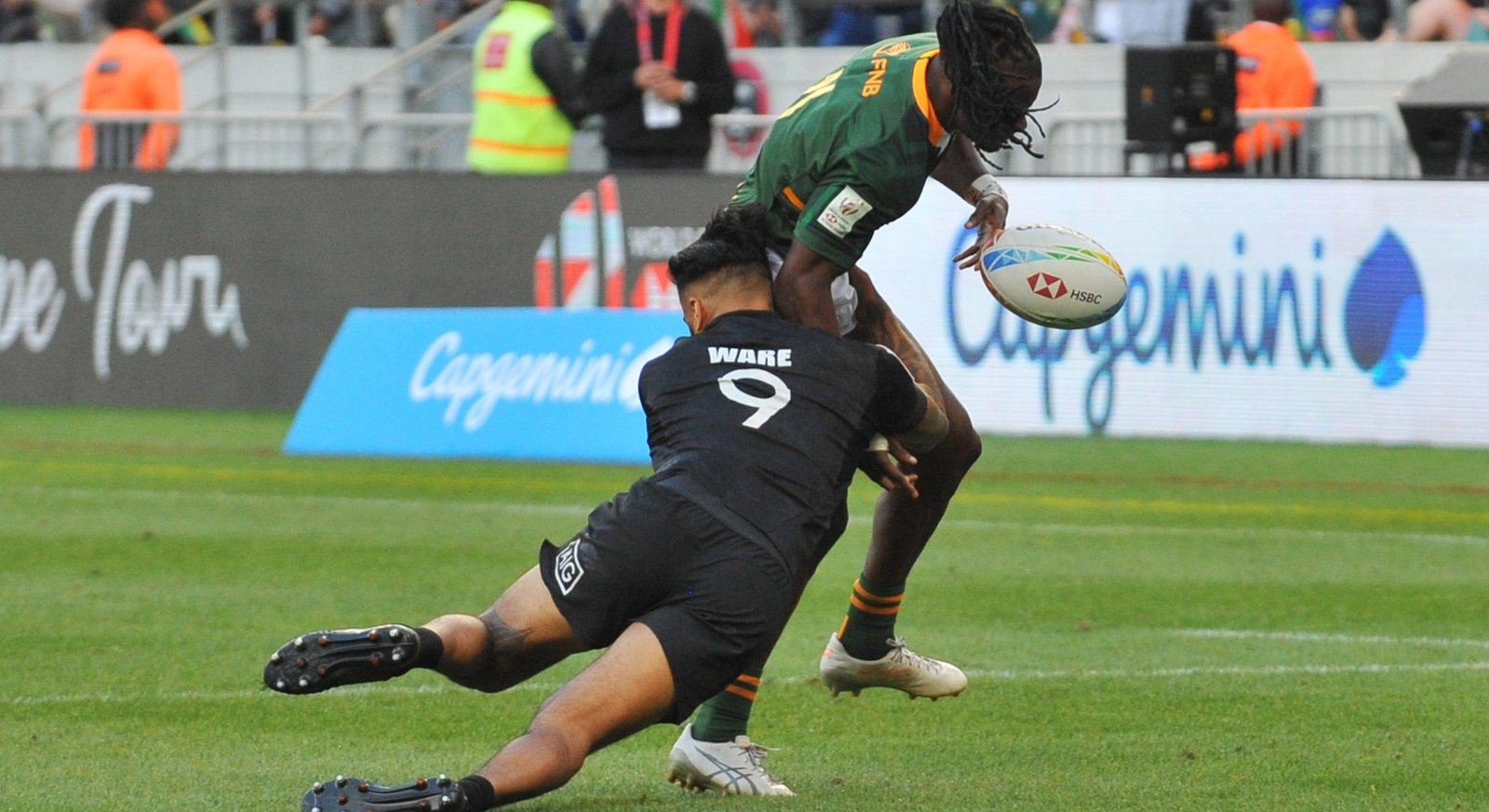 South Africa’s Blitzboks lost 36-14 to Kenya in their final Pool B game and then went down 12-5 to Fiji in the 9th place playoff in Hamilton in New Zealand, the South African Rugby Union (Saru) said on Sunday.

The Springbok Sevens management and players took full responsibility for their 10th place finish at the HSBC New Zealand Sevens at the FMG Stadium Waikato on Sunday, admitting that it was a very disappointing performance and way below their regular and proud standards, Saru said in a statement.

Kenya’s victory over the Blitzboks came after 14 consecutive wins for the South Africans, and two tries in the last two minutes by Fiji meant the Hamilton tournament ended in misery for coach Neil Powell and his squad.

These results, coupled with New Zealand winning their home tournament, saw the Blitzboks drop to joint-second spot on the overall HSBC World Rugby Sevens Series standings after three out of 10 tournaments played. The Kiwis, who beat France 27-5 in the final, top the log with 63 points, followed by South Africa and France (48 points each).

For Powell, it was a frustrating weekend in which the Blitzboks lost three matches in a row, a statistic that will hurt the squad who came into the tournament on the back of 11 wins from their last 12 matches.

“We were just poor against Kenya, with our basics not on par,” said Powell about the performance that saw the Blitzboks go down 19-0 in the opening half.

“If you can’t even win kick-offs you are in trouble. We were also playing catch-up rugby from early on and forced the game a bit, which again created mistakes they capitalised on.”

A late Muller du Plessis try saw the halftime gap close, but despite a late Zain Davids try, Kenya scored two quick tries, including an intercept, and it was all over.

“The unpredictability of sevens again showed. Sometimes you have a good week and a poor tournament, like this one, other times a bad week resulted in a good tournament,” Powell said.

Against Fiji, an early Angelo Davids try had the South Africans in control for all but the last two minutes, when Fiji scored twice. For Powell, there were some silver linings in the match against Fiji.

“Yes, there were some positives from that match, and we can take that into Australia,” he said.

“We managed to improve our control and it gave us some momentum to take to Sydney. The lack of finishing was still present though, but that was sort of the theme of our weekend. We could not finish the numerous opportunities we created and that was clearly not good enough.”

The Blitzboks had no choice but to improve next week, Powell said. “We will have to plan this coming week accordingly. We will review what and why happened here and take it from there.”

The Blitzboks depart for Australia on Monday, where they will start their preparations for the HSBC Sydney Sevens.