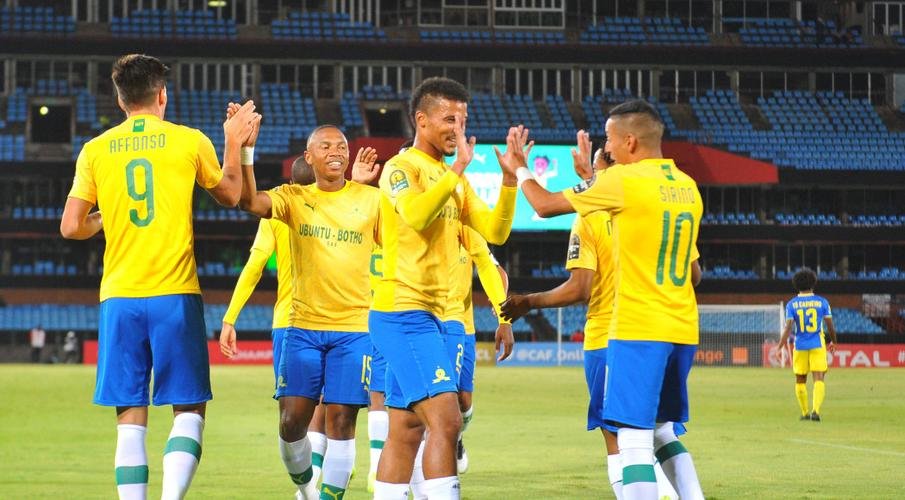 Petro are making a return to Champions League football for the first time since 2010, but they didn’t have the group stage start they desired with a massive loss on matchday one.

With the victory, The Brazilians move top of Group C ahead of USM Alger and Wydad Casablanca of Morocco who drew 1-1 in Blida.

A pair of headers from Mauricio Affonso and Motjeka Madisha gave The Brazilians a comfortable 2-0 buffer at the break, a lead they hugely deserved as they commanded more possession and minimised Petro’s chances on the other end.

Affonso scored after seven minutes when he glanced in a header unmarked inside the box off a Leandro Sirino cross from the right. Sirino had a go at goal himself in the 17th minute off a freekick, but his well-taken effort was just a tad high.

The Uruguayan was out hunting again and three minutes later, off a well-worked moved by the home side, his shot from the edge of the area went inches wide.

With the pressure employed by Pitso Mosimane’s men, the second goal was always coming. Defender Madisha, again unmarked inside the box headed home after Joseph Langerman floated in the ball off a short corner.

Andile Jali should have given Masandawana a healthy 3-0 advantage at the break, but his shot from the edge of the area met an equally good save off Petro keeper Jorge Mota Elber.

It was a similar script in the second half Sundowns dominating possession though Petro injected some bit of pace in their attack. But still, there was nothing to count for in the attacking half.

Sundowns had more chances, Langerman’s connection off a Sirino cross going over while Affonso had a header come cracking against the bar.

They ultimately sealed the victory with a quarter of an hour left when Sphelele Mkhulise scored with a neat low finish off a brilliant assist from Sirino.

Petro will seek redemption next Saturday when they host USM Alger in Luanda while Sundowns will be away in North Africa to Wydad Casablanca.