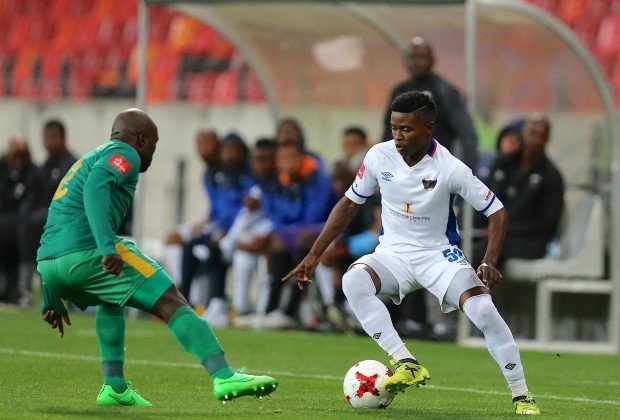 Chippa United remained marooned at the foot end of the Premiership table after they were held to a goalless draw by Baroka FC at the Nelson Mandela Bay Stadium, in Port Elizabeth, on Sunday afternoon.

The resurgent Chippa entered the game with a fair degree of confidence after back-to-back victories over AmaZulu and Black Leopards in recent outings.

Baroka, on the other hand, were looking to return to winning ways after suffering defeat in a midweek home clash against Golden Arrows on Wednesday.

Both sides tried to play with flair from the outset, with Chippa proving to be the more impressive, particularly in the first half.

The defences remained intact mainly as a result of attacks breaking down in the final quarter.

Chippa produced a strong finish to the first half when their pressure yielded two corners in the final three minutes ahead of the halftime break. However, Baroka’s defence stood their ground and warded off the threat.

Both teams made changes around the hour-mark, but the stalemate persisted as defence triumphed over the attack in a match where there were very few shots on target.

Baroka’s defender Denwin Farmer was named ‘Man of the Match’ after a solid performance in his side’s central defence.

“We created the better scoring chances, but we cannot finish,” said Nyirenda. “It’s a disappointing result because we targeted three points. It was the same old story – we cannot finish.”

Chippa coach Norman Mapese was pleased with the outcome because his team had managed a clean sheet for the third game in a row.

“We were not at our best today,” said Mapese. “Two games in the space of four days is not easy but at least we managed to main out focus.

“We will keep working hard and keep believing. I’ll take this win with a big heart.”