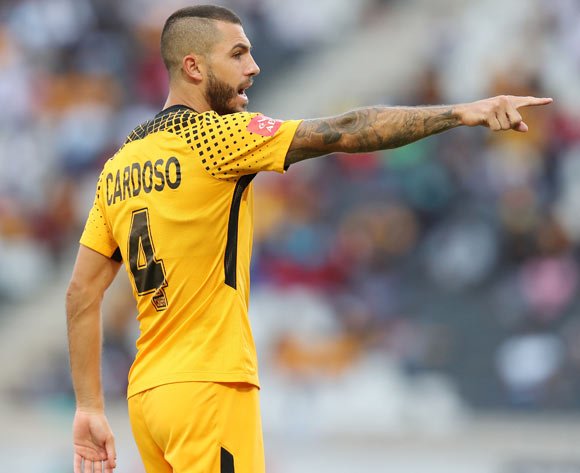 Kaizer Chiefs defender Daniel Cardoso would like nothing more than to pick up three points when Chiefs face Maritzburg United in their final Premiership game of 2019 at the Harry Gwala Stadium in Pietermaritzburg on Sunday afternoon.

Cardoso was not happy with the result when the teams met in a Telkom Knockout out semi-final clash on November 24, a 2-1 win for Maritzburg to send the Soweto Giants crashing out.

“Last time we played them we lost. We were on a good run and they broke our momentum,” said Cardoso.

“It’s going to be a tough one again. They were unlucky to lose in the Telkom Knockout final on the weekend. They are a good team with good players and a good coach.”

Cardoso has started and completed all 13 of Chiefs’ league outings this season and has also scored three crucial goals this term.

“We have had some time since our last league game to get our fitness levels back up again. We have been training well over the last week or so. I know in the cup game against Maritzburg my performance was not up to my usual standard.

“It was not easy on me after the last game against Maritzburg, but we won  two league games after that and we go into this game with a positive attitude and heading into the festive break what is important is that we maintain our nine-point lead at the top of the table.”

“It’s always vital to end the year with a win. Coming home from Pietermaritzburg with a win will be great for us. We can go home relax for a few days with the family knowing we don’t have to put pressure on ourselves, we can then comeback after Christmas and start preparing for the game against SuperSpor.”

Chiefs are currently top of the table, having won 11 of their first 13 league games of the season.