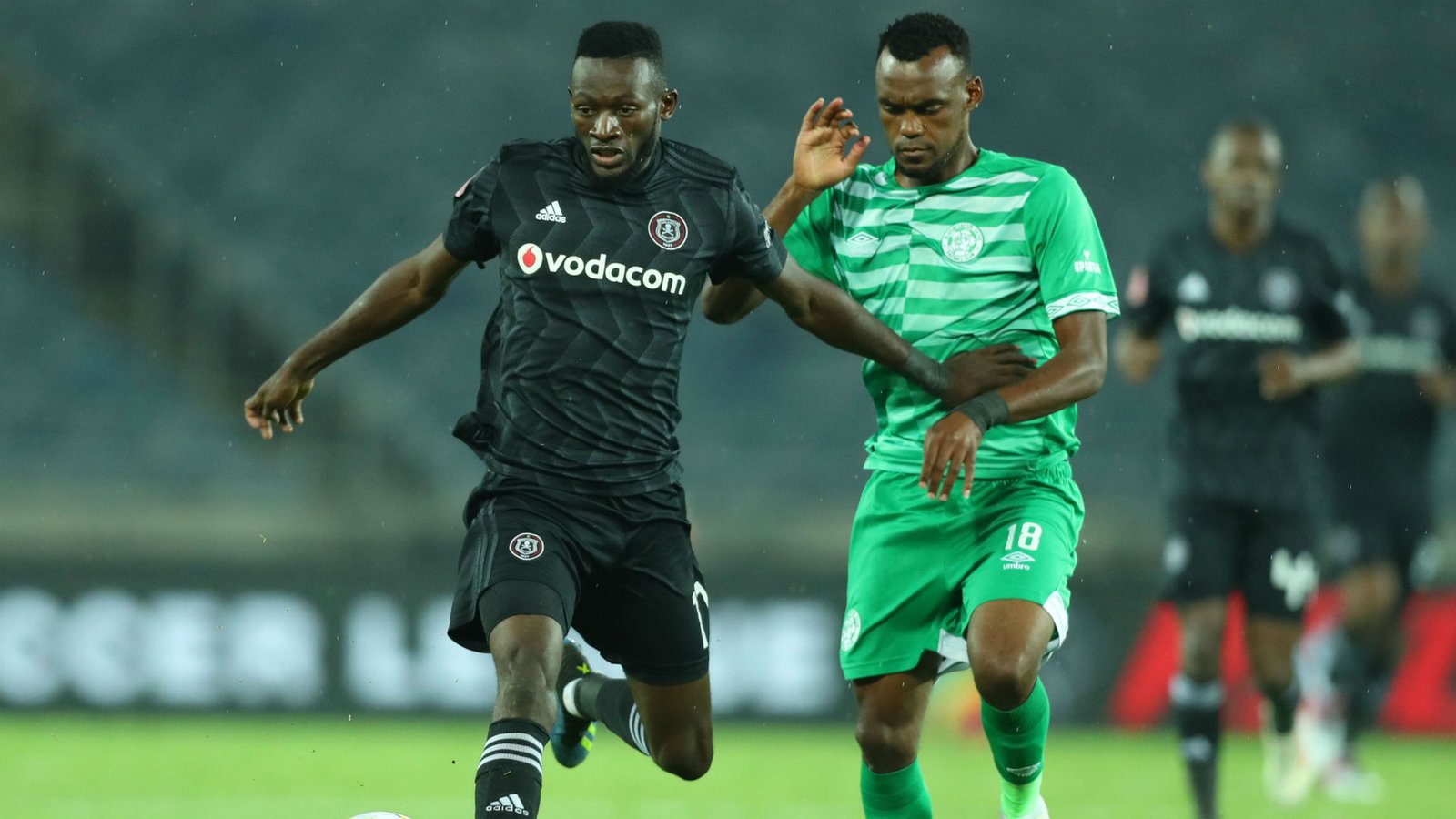 Visiting Orlando Pirates were held to a 1-all draw by hosts Bloemfontein Celtic in their Absa Premiership match at the Dr Petrus Molemela Stadium, Bloemfontein, on Saturday afternoon.

The match was played in pouring rain and players had to contend with testing conditions that included a bumpy pitch.

Pirates took the field looking to start where they left off in 2019 when they defeated Black Leopards 3-1 to finish in fifth place on the standings. Celtic signed off 2019 in 10th place after back-to-back losses to Kaizer Chiefs and AmaZulu and were looking to snap their losing streak.

There were early tell-tale signs that Pirates would be enjoying the upper hand as they looked composed on the ball but lacked urgency in the striking zone.

A 14th-minute attack launched from inside their half saw Pirates make headway down the left flank where Maliele Pule and Hellings Mhango combined splendidly to open the way for the first goal of the match. Maliele Pule flicked the ball into the path of the strong running Malawian international Mhango who rounded one defender before slipping under the diving Celtic goalkeeper Jackson Mabokgwane.

Celtic upped the ante with a pressure spell that produced at least scoring three chances in the ensuing minutes. The third chance was held out by the crossbar.

Once Pirates had absorbed that pressure spell, they took control of the rest of the first half from around the 30th minute onwards. They forced three corners in quick succession and were awarded two free-kicks just outside the Celtic penalty area. However, they failed to exploit their set-piece plays. Their best scoring chance during this phase came from open play but the unmarked Mhango shot wastefully wide from the fringe of the penalty box.

The pace of the game picked up appreciably at the start of the second half and again Pirates were the more penetrative. Celtic had their chances too, but they were usually goal-shy in the striking zone.

Just ahead of the hour mark Fortune Makaringe scored for Pirates but referee Victor Hlungwani picked up an instance of foul play in the build-up move and disallowed the goal.

Celtic substitute Andile Fikizolo brought an injection of pace into side’s attack and in the 70th he set off of on a solo effort which saw him work his way past three defenders before unleashing a shot which was punched clear by Pirates keeper Wayne Sandilands.

Pirates lost possession deep inside their half and Celtic pounced with some neat inter-passing which was crowned by a rasping drive by Siphelele Luthuli from outside the penalty area into the opposition goals. His curling shot dipped below the crossbar and evaded the outstretched hand of Sandilands for the equaliser.

Pirates midfielder Makaringe was named ‘Man of the Match’.