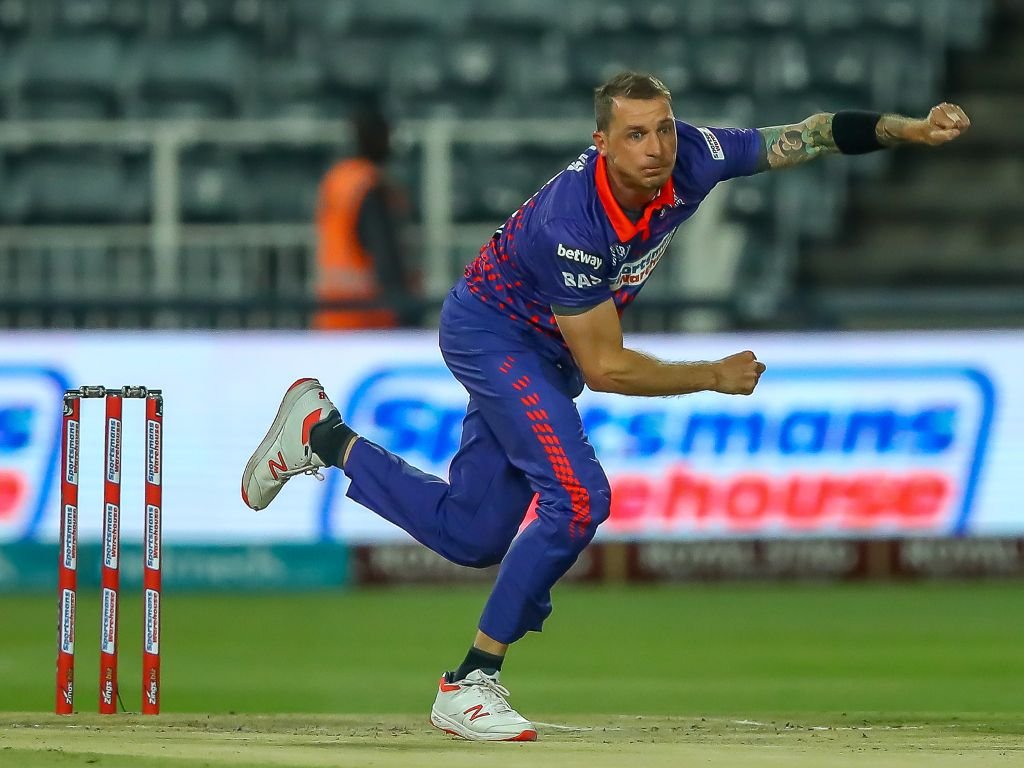 A phenomenal return of 3/10 by Dale Steyn in front of the biggest Mzansi Super League (MSL) crowd of the season helped the Cape Town Blitz keep alive their play-off hopes with a 15-run win over the in-form Tshwane Spartans at Newlands on Sunday.

In what was a compelling bowling display all-round by the hosts, the veteran speedster dismissed Wiaan Mulder (two), Dean Elgar (five) and the biggest prize of them all, AB de Villiers (31) – the dismissal of his star former Proteas teammate turning the game.

The visitors nonetheless still came close on their chase of 158, reaching 142/7 thanks mainly to Pite van Biljon’s 62 off 42 balls (four fours, three sixes), but he was bowled by the another of the stand-out bowlers, Wahab Riaz (2/18) with time running out.

That ensured that the Blitz saw out the victory and they also had batsman David Bedingham (53 off 40 balls, five fours, one six) to thank for getting them up to a competitive total on a wicket that started out well, but became slower and slower as the match progressed.

However, the Cape side held out in front of a near 7 000 fans that had turned up and moved up to fourth on the table with 17 points, two points adrift of the Spartans (19), who suffered their first loss of the season.

Quinton de Kock had earlier won the toss and opted to bat first, with the captain and Janneman Malan (36 off 28 balls) putting on 20 for the first wicket, before Morne Morkel (1/21) struck.

It was the skipper who was first to go for 16, with Malan and Bedingham then changing gears through their stellar 65-run second-wicket partnership that took their side up to 85 at the halfway stage.

Roelof van der Merwe (1/35) was the man to break the partnership and that was then the start of the brakes being put on the home side.

Only 37 came from that point until the 16th over as Tshwane took out the two set men as well as Liam Livingstone, cleaned up by pick of the bowlers Lungi Ngidi (2/30) for eight.

Fortunately for the Blitz, Vernon Philander (21 not out) and Wahab Riaz (10) managed to provide some runs late on to get them up to what looked a below-par 157/5.

Steyn and Riaz then ripped through the top order to leave the away side on 16/3, before De Villiers and Heinrich Klaasen (13) got the chase going.

The captain fell to Liam Livingstone (1/18), but Van Biljon ensured the flow continued with a 42-run stand for the fifth wicket that left Tshwane well placed on 90/4 in the 14th over.

But Steyn enticed a false stroke from De Villiers with his final delivery after being riskily brought back into the attack to bowl out, which proved to be key.

And even though Van Biljon did his best, Sisanda Magala (1/27) and Riaz closed out the game to seal a superb win.