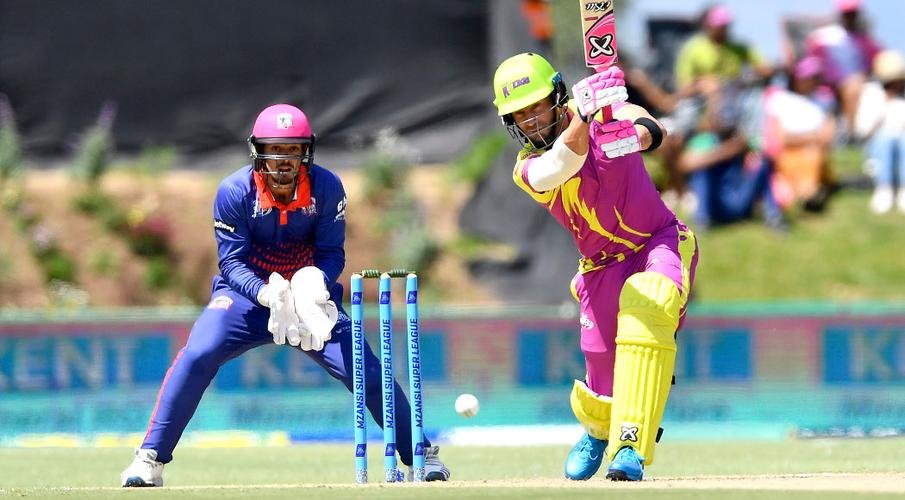 Sibonelo Makhanya’s maiden T20 half-century helped drag the Paarl Rocks out of trouble and hand them sole control at the summit of the Mzansi Super League (MSL) table, as they edged out the winless Jozi Stars by five wickets in Johannesburg on Sunday.

The right-hander walked into bat with his team on a dire 53/4 chasing 172 but struck 63 off 47 balls (five fours, two sixes) – to beat his previous highest score of 46 not out – as the visitors won with four deliveries to spare.

It was a massive win in the context of the season with the result officially confirming the elimination of the hosts and defending champions from the competition. The Stars have lost all seven matches thus far and will now be playing for pride in their remaining games.

As for Paarl, they have now broken away from a three-team pack that were jammed on the top to progress to 23 points and an outright lead in the hunt for the play-offs.

They had to fight hard, though, at the Wanderers Stadium, where they were earlier punished by the home batsmen, led by top-scorer Reeza Hendricks, who crunched 74 off 53 balls (seven fours, two sixes) that helped amass 171/3 after being asked to bat first.

The Proteas opener shared in a 99-run second-wicket stand with captain Temba Bavuma (37 off 30 balls), before Rassie van der Dussen (28 off 20 balls) and Shoaib Malik (20 off eight balls) took them home with an unbroken 44-run stand from the final three overs.

Isuru Udana ended as the pick of the bowlers with two for 29.

The Stars then carried the momentum from their strong finish into the field as key South Africa bowler Kagiso Rabada (3/36) took out Henry Davids (0), Faf du Plessis (18) and James Vince (one) inside the opening 4.4 overs.

And when the free-scoring Cameron Delport (32 off 16 balls) was sent packing by Duanne Olivier (2/39), the visitors appeared to be doomed.

But Kyle Verreynne (28 off 18 balls) and Makhanya initially saw off the strong wave of the Stars’ attack, before cutting loose in a 73-run fifth-wicket partnership.

That was followed by Udana (28 off 16 balls) and the Man-of-the-Match 23-year-old from Durban bringing it home for their side with some room to spare.