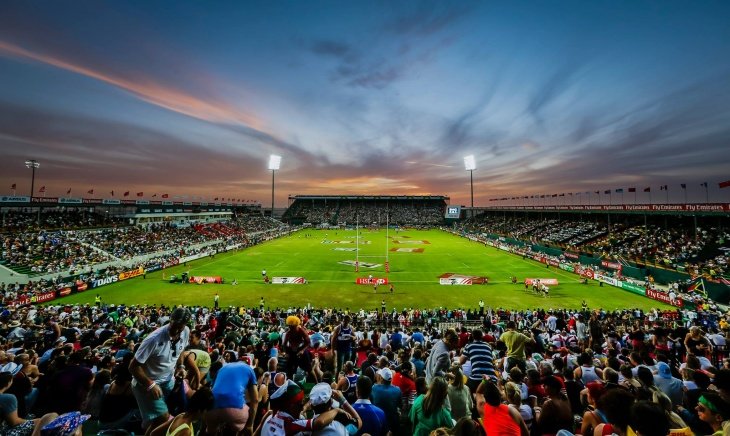 Darren Adonis and Hacjivah Dayimani will debut for the SA Rugby Sevens Academy team at the Emirates Airline Dubai Sevens International Invitational next weekend amongst a host of decorated Blitzboks.

Adonis was part of the Currie Cup-winning Toyota Free State Cheetahs side, while Dayimani ran out in Vodacom Super Rugby with the Emirates Lions earlier this year, but will get their first taste of sevens rugby in a side laden with experienced players.

Kok recently returned from a stint in France, where he played for Toulouse in the Top 14, while Afrika has fully recovered from a post-season operation on his bicep. Both will be given a chance to stretch their legs in Dubai to prove their match fitness to Springbok Sevens coach, Neil Powell.

Afrika (1440 points) and Du Preez (1302 points) top the all-time point-scoring list for the Blitzboks in the HSBC World Rugby Sevens Series, but for Schoeman, current form and execution on the day will hold sway when they face the Rambling Jesters, French Military and Russia Development in their pool matches.

“We are very excited to see how Hacjivah and Darren will go,” said Schoeman.

“I last coached Hacjivah in his final year at school and Darren has shown all the attributes we expected when we contracted him. It is also great to have Malcolm Jaer back in the mix after his recent experiences in the Guinness Pro 14 with the Toyota Cheetahs.”

Schoeman said the depth of the wider Blitzboks squad can be seen in the selection of numerous capped players in the Academy side.

“The Academy’s role is to assist the Blitzboks in their needs for the World Series, so to include players such as James Murphy, Impi Visser, Angelo Davids, Dewald Human, Mfundo Ndhlovu and Stedman Gans, to get game time, was no problem,” Schoeman said.

“The World Series is the bigger picture and with the 2020 Olympics also part of the programme this season, we need to make sure our squad depth is good, and players are on the form.”

Gans will lead the side in Dubai.

“Stedman has been identified as a future leader and this will be a good opportunity for him to grow in that role,” Schoeman said.

Meanwhile, two Academy players, Divan Enslin and Qamani Kota, have been given permission to play for the Princess Charlene Foundation Sevens Invitational side at the same tournament.

“It is an opportunity for them as well to be exposed to international competition, another one of our objectives at the Academy,” Schoeman said.

The SA Rugby Sevens Academy team will depart for Dubai on Sunday.