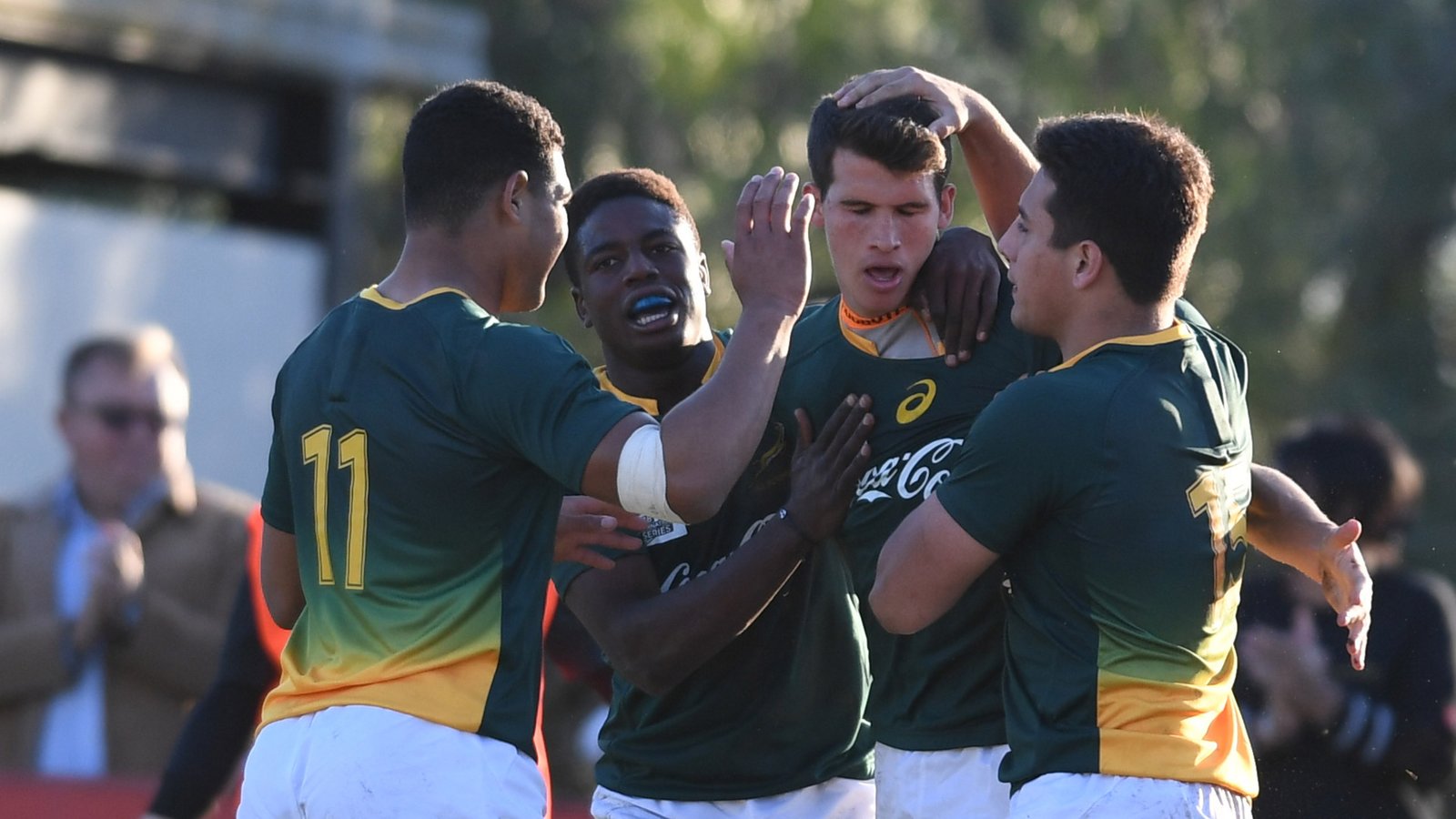 Junior Springbok coach Chean Roux named all three World Rugby Under-20 Championship players in his starting team to face hosts Georgia on Monday at the Shevardeni Rugby Stadium in the first of two matches between the hosts and the South Africa Under-19s in Tbilisi.

Another World Rugby U20 Championship player, Sibusiso Sangweni (flanker) was included in the original squad, but he was forced to withdraw due to a hand injury.

A total of 29 players were named in the match-day squad, and all the players will be allowed to take the field.

Roux was pleased with their preparations and said: “The facilities here (in Georgia) are very good and the team has been training well. It is a new squad, although most of the players have come through our Elite Player Development (EPD) system, so they know one another.

“We have focused mainly on the basic aspects of the game since we got together and the players have been doing well considering that we have only had four training sessions.”

The coach expected a tough onslaught from Georgia, saying: “They pride themselves on their physicality and they are good at scrummaging and in the rucks and mauls, so we have to be ready for that.

“The important thing for us is to speed up the game, to work on our defence and to be as effective as possible in the key areas of the game.

“This is a fantastic opportunity for these young players to be exposed to international rugby at a young age, so it is also important that they enjoy this experience and learn as much as possible on the field.”

The match kicks off at 2 pm SA time.

The teams will meet in their second and final tour match on Thursday.