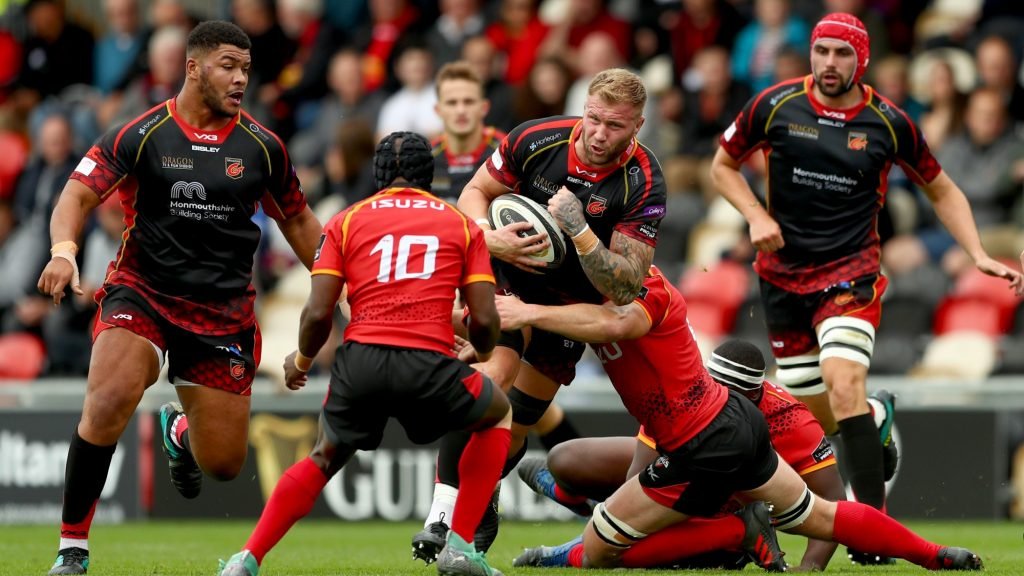 The Isuzu Southern Kings and Toyota Cheetahs are expected to give everything in the pursuit of victory in the Guinness Pro14 on Saturday when they take the field for their final matches in 2019.

The Southern Kings take on Connacht in Galway, and the Cheetahs meet Ospreys in Neath in back-to-back encounters. They will then enjoy a four-week festive season break and resume their matches next year on 4 January.

The men from Port Elizabeth will be determined to show that their recent win over the Ospreys – which was their first overseas victory since joining the Pro14 and their first of the season – was no flash in the pan, and that they can build on that result.

The Cheetahs, meanwhile, will look to end a three-match losing run, and return to the winning ways which saw them get the season off to a firing start with three wins in a row and had their fans buzzing early in the campaign.

“We want to win this game for several reasons,” said Cheetahs centre William Small-Smith. “There was a great hype around the team after our first three games and we want to get that back.

“We want to be in the play-offs and the semifinal, so this is a crucial game for us.”

He said the long festive season break ahead made it even more important that they leave everything on the field.

“We go into a quite long break now and we don’t want it to be spoiled by the memory of a defeat,” said Small-Smith.

“I still remember the feeling in the team bus in Cardiff the morning after our last defeat. It was a very long journey home, and the whole time the defeat hung over us like a dark cloud, and it has been at the back of our minds since.

“We only play again on 4 January, and we still have a long season ahead of us, but we need the break after playing in the Currie Cup and then going straight into the Pro14.

“We don’t want to go into the break feeling like we didn’t do our best in our last game.”

Kings coach Robbi Kempson is expecting a testing encounter against Connacht, who have been in good form recently, despite going down against Toulouse in the Champions Cup last weekend.

And with the hosts having won four of their six Pro14 matches up to now, compared to one by the visitors, the Kings will have their work cut out to create an upset.

“Connacht are a proper team and they have shown that with their start to the Champions Cup,” said Kempson.

The Kings will need to improve their discipline and scrummaging, in particular, this week, as they conceded several penalties last time out, while their problems in the scrum allowed Ospreys to fight back strongly at the Liberty Stadium.