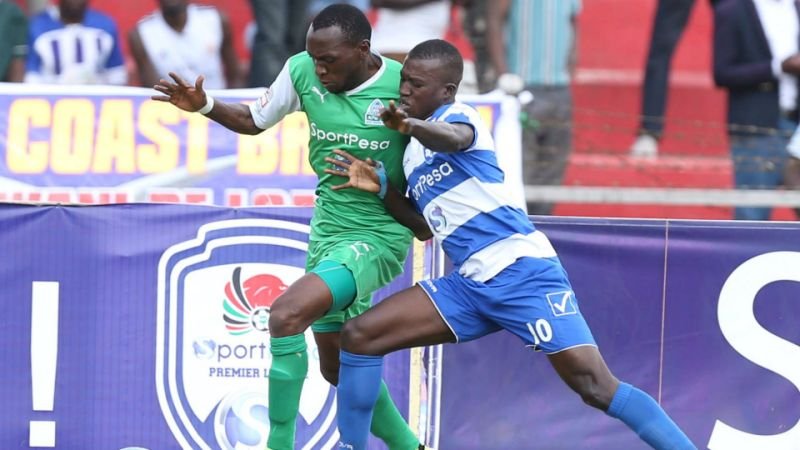 Ivorian forward Gnamin Yikpe scored a second-half brace as Gor Mahia thrashed arch-rivals AFC Leopards 4-1 in the Mashemeji Derby to extend their dominance over their rivals to 10 games in the Kenyan Premier League in Kasarani over the weekend.

“We have had a very tough schedule playing back-to-back matches and that explains why it was difficult for us in the first half. But we knew once we get going in the second half it would be difficult to stop us. It is always great winning against your rivals and this feels great,” Gor Mahia skipper Kenneth Muguna said after the match.

“We did not use our chances and we were punished for it. It is a sad way to lose,” AFC’s tactician Cassa Mbungo noted, with a disappointed tone.

Leopards were the better side in the opening half and if there was a day they would be confident of beating their arch-rivals with ease, then it was Sunday. They dominated possession, but couldn’t find the right balance in the attack.

They came close in the 27th minute when skipper Soter Kayumba rose highest inside the box but his header from a Ndikumana corner hit the crossbar.

At the stroke of halftime, AFC had another chance when John Mark Makwatta struck from the left but his effort was parried away by the keeper.

On the other end, AFC midfielder Eugene Mukangala almost gifted Gor a goal out of the blues when he completely missed the ball off a Clyde Ssenaji pass at the edge of the box. However, Ghanaian striker Francis Afriyie hit a lame shot straight to the keeper.

For all their missed chances, AFC were made to pay in the second half.

After missing two chances back to back in the opening five minutes, they broke the deadlock in the 55th minute when Yikpe powerfully thumped home a header off a Kenneth Muguna cross. He made it 2-0 eight minutes later when he tapped home from inside the box off a Clifton Miheso cross.

Immediately, AFC boss Cassa Mbungo made changes, right back Dennis Sikhayi coming off for striker Boniface Mukhekhe while Hansel Ochieng went out for Vincent Oburu, a clear move to beef up the attack.

But it was Gor who would continue their upward trajectory as Miheso made it 3-0 with a long-range effort off a clinical counter-attacking show by the champions, AFC left dazed and out of sorts.

AFC gave themselves some hope with Ndikumana’s long-range effort three minutes later, but they were sunk deeper into oblivion with Juma scoring the fourth with a simple finished unmarked inside the box off a Boniface Omondi cross.