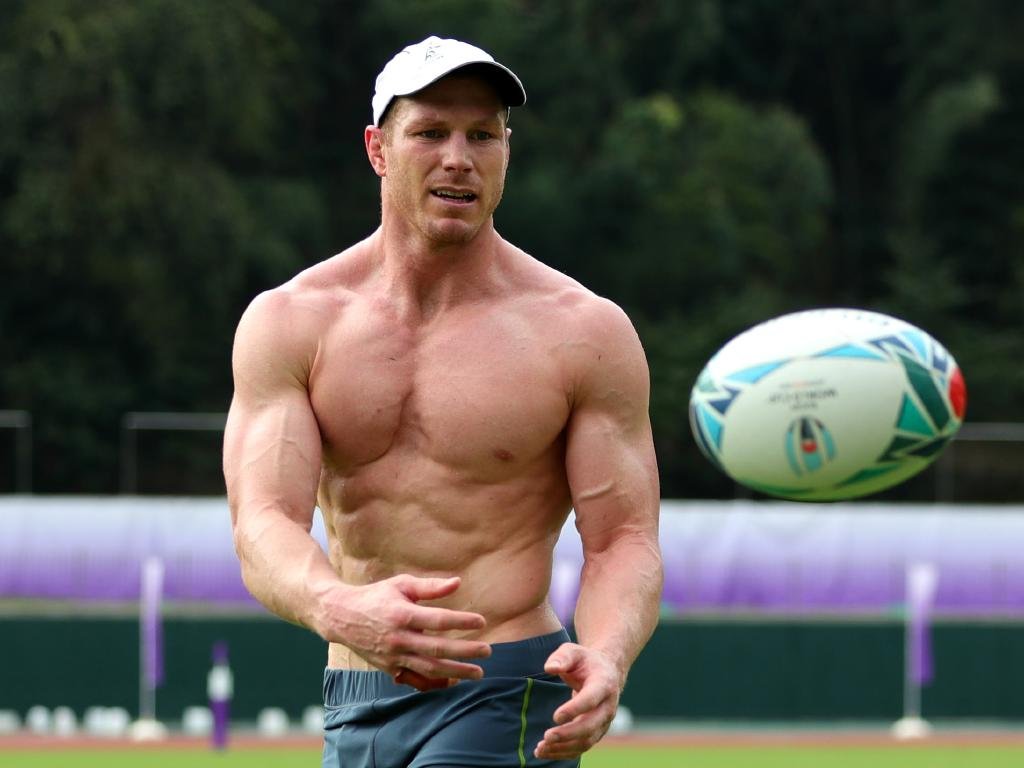 Australia flanker David Pocock believes his native Zimbabwe have all the talent needed at a schoolboy level to return to the upper echelons of the game and qualify for another Rugby World Cup.

Enthused by the recent progress made by a host of Tier 2 nations, the former Wallabies skipper is keen to see the land of his birth put coaching structures in place to enable them to hold on to more of their young talent.

Do that, and the future is bright for the country that contested the first two Rugby World Cups and remains the only non-Tier 1 nation to have beaten New Zealand. Known as Southern Rhodesia, they beat the All Blacks in 1947.

“I have been in touch with some of the coaches involved with Zimbabwe rugby and they are doing the same thing, trying to get their structures in place to be able to hold the talent,” Pocock said on Monday.

“Sure you are going to lose your best overseas, but in an ideal world, they will be playing overseas and then coming back for international duties.

“What you see a lot of in the world is players going overseas at a young age and then representing another country, which for smaller teams hurts a little.”

Pocock is the most high-profile Zimbabwean to have pursued an elite-level rugby career elsewhere.

Born in Gweru, he was just 12 years old when he and his family were forced to flee the country as their farm became one of the thousands seized by government-backed forces. The young Pocock landed in Brisbane, Australia, and made himself into one of the greatest Wallabies of all time.

But the open-side specialist is far from the only Zimbabwe-born player to shine in other colours on the world stage.

From former Springbok captain Bobby Skinstad to Sebastian Negri, who has been a bright spark for Italy in Japan, and recently retired Scotland flanker David Denton, the list is long and illustrious. And, according to Pocock, the conveyor belt of talent is showing no sign of slowing up.

“They have got so much talent at a school-boy level,” he said. “Between playing rugby in Australia and a few other projects I am involved in it hasn’t given me a lot of time to be involved there.

“But I think there is a network of Zimbabweans around the world who have played for other countries or played elsewhere and could potentially be contributing back there in terms of some coaching stuff, IP (intellectual property), really just providing some support.

“I don’t fancy myself as a coach, to be honest, but I would love to see Zimbabwe at a World Cup,” Pocock said. “Man, it would make me so happy to see them running out on a world stage again.”

Pocock, who has 81 caps, has run several coaching clinics in his homeland and is in regular contact with former Springbok winger Tonderai Chavhanga, who is now Zimbabwe’s backs coach.

The team, known as the Sables, are ranked 35th in the world and last won the Africa Gold Cup, the continent’s premier competition, in 2012.

But while neighbours Namibia and Kenya have undoubtedly risen above them, Chavhanga has talked up the possibilities of qualifying for RWC 2023. Were that to come to pass there is no doubting the identity of the team’s premier cheerleader.