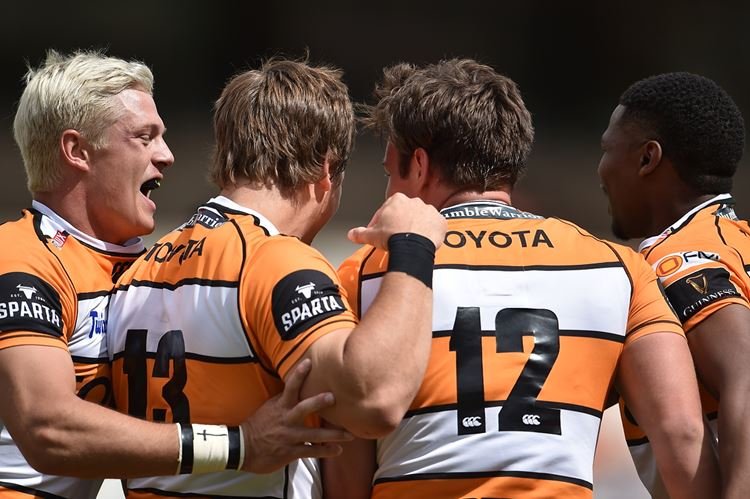 The experienced Pienaar admitted he was delighted with their big victory, but warned that they would meet an Ulster side seeking revenge in Belfast later in the competition.

Pienaar played 141 matches for Ulster, carving an indelible mark in the club’s history in his time there, but with nine tries scored by the Cheetahs over the weekend, he warned that they would need to improve for their showdown against the unbeaten Munster on Friday night.

“It is hard not to be happy if you score 60 points,” said Pienaar of his team’s second impressive victory in as many games.

“But this team is chasing high standards, and while the scoreboard showed we played well, there are things we can work on.

“It is only the second game, and while it is going well, it is important to remember what we need to work on.”

The former Springbok scrumhalf added: “We have a tough game against Munster next week, which will be followed by a challenging tour. So, it is important to work on the standards we have set for ourselves and build consistency.”

Pienaar said while Ulster struggled with the altitude, it shouldn’t take away from some of the impressive tries his side scored. Anthony Volmink’s (winger) hat-trick and a brace by Rhyno Smith (fullback) electrified the contest as the Cheetahs were never troubled in the game. Click here for the match report.

In Port Elizabeth, the Southern Kings were disappointed with their 31-20 Pro14 defeat against Munster after leading early in the second half, and their coach, Robbie Kempson, rued his team’s missed opportunities for the second week in a row.

“Again, it was missed opportunities – we had two try-scoring opportunities in the opening 20 minutes that we didn’t convert,” said Kempson.

“That is a minimum of coming away with 10 points, and that would have helped with the scoreline in the game.

“If you don’t take your opportunities then you are going to be on the back foot, and in this competition, and particularly against a team like Munster, you won’t win games.”

Despite his disappointment, he took a few positives from the game.

“I think it is the first time in the history of the Southern Kings that we didn’t get a yellow card,” said Kempson.

“We got a turnover scrum and stopped their mauls, so there are a lot of positives to take out of it.

“From an attack perspective we train hard, but it doesn’t seem to play itself out on the field, so in that respect we are disappointed, but we can’t fault the effort.

“The energy was a bit flat in the heat, and we intended to lift the intensity in those conditions because they wouldn’t be able to cope with that, but we didn’t do that. Perhaps we were slightly off in that regard, particularly at the start.” Get the full match report here.

The sides will swop opposition this week with the Cheetahs hosting Munster on Friday, while Ulster will travel to Port Elizabeth to take on the Southern Kings.