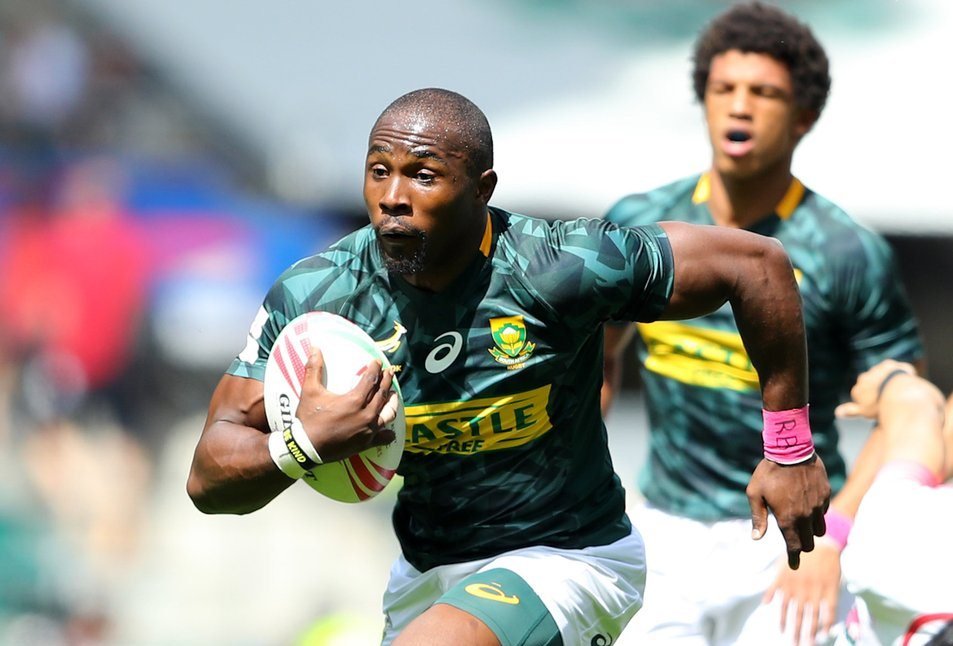 A host of familiar and decorated Springbok Sevens players will depart for England on Monday, where the Blitzboks will play in the Athlete Factory Sevens in Chester on Friday and Saturday.

Springbok Sevens coach Neil Powell recalled a number of stalwarts from his 2018 squad to make this trip, including former World Rugby Sevens Player of the Year Seabelo Senatla and Springbok tourist, Ruhan Nel.

The Stormers duo are joined by Rosko Specman and Dylan Sage, who have added Super Rugby experience with the Bulls to their accomplishments since the last time they played for the Blitzboks in the World Rugby Sevens Series.

Sage will lead the team for this tournament as Siviwe Soyizwapi is not on this trip.

There is also a return to the team for Zain Davids, JC Pretorius and Justin Geduld.

Davids underwent surgery to his shoulder after an injury sustained in Hong Kong in March, while Geduld went under the knife at the end of the 2018/19 World Series, where South Africa placed fourth.

Christi Grobbelaar and Selvyn Davids will join the team in England straight from Kenya, where they played in the Tusker Safari Sevens on the weekend.

Hacjivah Dayimani, who joined the Springbok Sevens squad last month, and the most experienced Blitzbok ever, Branco du Preez, were not considered due to injury.

England, France, Spain, USA, Ireland, Hong Kong, Nigeria, Jamaica and The Ramblin Jesters (a UK-based invitational team) will join the Blitzboks in this tournament, which is set to be the final warm-up for South Africa before the 2019/20 World Series kicks off in Dubai in December.

Powell said he was expecting the experienced players in the squad to help ease the early season jitters, but also explained the wider objective of this trip.

“We are very happy to have these guys back. Their quality is well-known, and they are also keen to lay down a marker,” said Powell.

“From a squad perspective, it is important that we find each other quickly. Some of the players have not played Sevens in a while, but their learning curve is such that they will adapt quickly. We have tweaked our style of play in areas, so they need to adapt to that as well.”

Powell said the opponents will bring out the best in the squad anyway.

“We had some time to focus on match play, but we are still in the conditioning phase of our preparation, so there will be mistakes. Playing against these quality teams will no doubt be a solid test to guide on where we are in our preparations.”