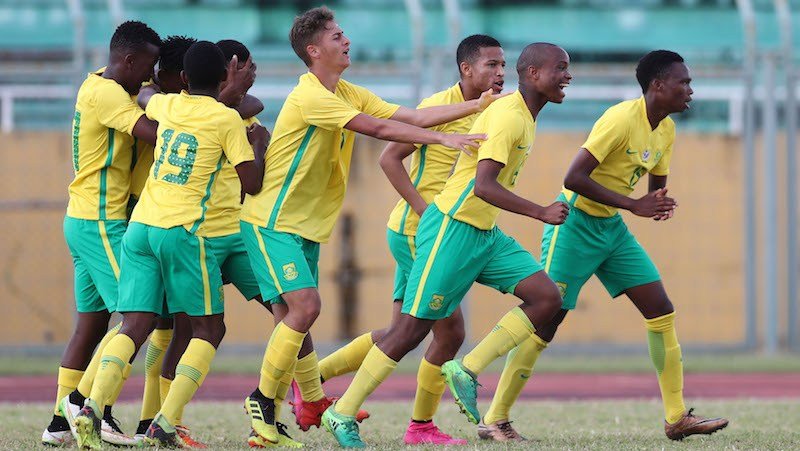 The South African Under-17 men’s team are in camp to start preparations for the 2019 Cosafa (Confederation of Southern African Football Associations) Championship in Lilongwe, Malawi, from October 11-20.

Interim coach Vela Khumalo has announced a provisional squad of 32 players for the training camp.

This will be trimmed down to 20 players before the team jets off to Blantyre, Malawi on Wednesday, October 9.

South Africa have been drawn in Group A alongside hosts Malawi, Zambia and Eswatini.

A top-two finish in this group will guarantee them a place in the knockout stages of this eight-nation regional football tournament.

Khumalo said he was happy with a number of players who reported for camp on the first day, adding that he was looking forward to a very fruitful exercise.

“It is good news that all the players we have called up have reported for national team camp, except for the three that will only be joining us later,” Khumalo said.

“We have in our squad Under-14s and Under-15s for this year’s edition because we are building for next year’s Cosafa Under-17 tournament – this will double up as the 2021 Under-17 Africa Cup of Nations qualifier, where the 2021 Fifa Under-17 World Cup participants will be decided.

“This year’s edition provides us with an opportunity to introduce our players to the demands of this tournament, while also carrying out our objective of doing well in every match that we will be competing in,” Khumalo added.

In Malawi, South Africa’s first group match will be against the hosts on October 12 before they lock horns with Zambia on October 14.

Both of those matches will take place at Mpira Stadium before they take on Eswatini in their final group match at Kamuzu Stadium.