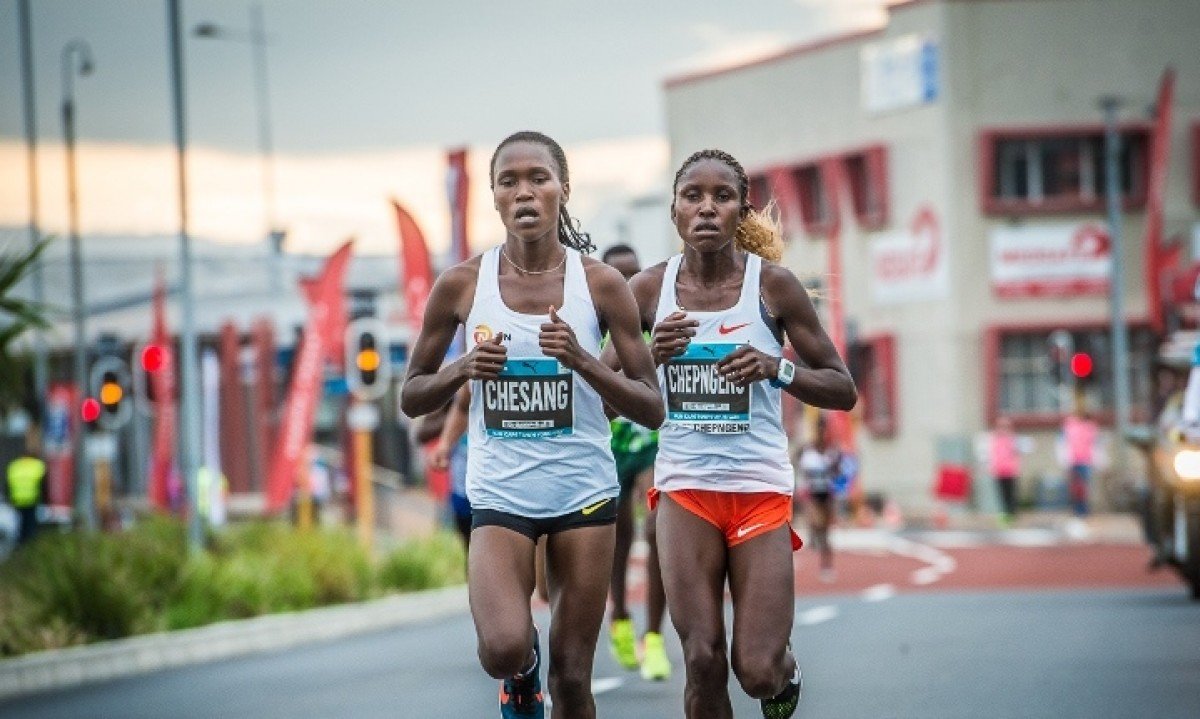 World leader Sheila Chepkirui of Kenya lived up to her billing as race favourite for the FNB Durban 10K on Sunday, taking four seconds off the African all-comers’ record to win the IAAF Bronze Label road race in 30:55.

One week after finishing fifth in the marathon at the IAAF World Athletics Championships Doha 2019, SA’s Stephen Mokoka landed victory in the men’s race in front of a home crowd, clocking 28:12.

The gusting winds didn’t deter Chepkirui, who earlier this year moved to second on the world all-time list for 10km with her 29:57 victory in Prague.

Chepkirui and compatriots Evaline Chirchir and Beatrice Mutai went straight to the front of the race to dictate the pace. Ethiopia’s Tadu Nare went with the Kenyan trio but was only able to stick with them for three kilometres.

Chepkirui stayed behind Mutai and Chirchir for most of the race, passing through halfway in 15:26, and first made her presence felt just after seven kilometres, moving between Chirchir and Mutai.

Chepkirui threw in another surge at about 8.5km and Mutai started to fade, but it was only in the final 500 metres that Chepkirui was able to edge ahead of Chirchir, eventually crossing the line in 30:55 to finish two seconds ahead of Chirchir. Mutai was third in 31:01.

“I am really happy with my performance, especially the fast time, as this is my first road race in South Africa,” said Chepkirui. “I usually stay at the back in the beginning and then make my move closer to the race finish.”

In the men’s race, Uganda’s Stephen Kissa – who competed in the 5000m at the recent World Championships in Doha – did much of the work to set the pace in the early stages of the race, leading a group of about 20 athletes through 5km in 14:21.

With about two kilometres to go, South Africa’s Precious Mashele threw in a surge and split the field that had been whittled down to 10. As the lead pack reached the promenade, Mokoka took control and strung the field out even further. Only Mashele, Kissa and Kenya’s Kevin Kibet went with the charge, but Mokoka put in another surge to drop Mashele.

“I am really happy with the win,” said Mokoka. “Not just the win and being first South African, but also my fastest time in South Africa. Previously it was 28:18, so that shows that things are coming together for me.”