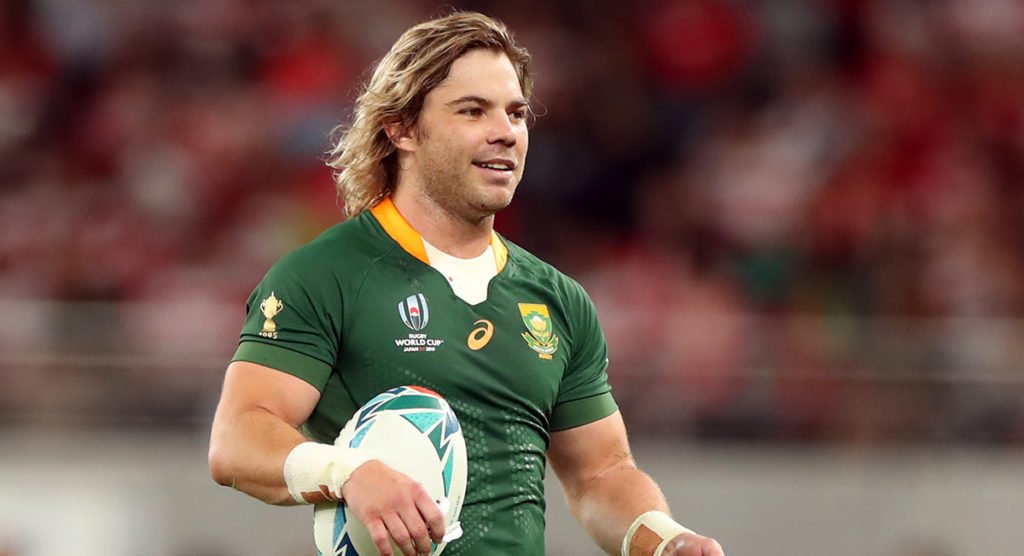 Three years ago, the idea of Faf de Klerk playing a pivotal role in directing the Springboks’ attack in the Rugby World Cup 2019 final seemed nothing short of fanciful.

The blond-maned No 9 had made his Test debut against Ireland in June 2016, only to find himself in the midst of one of South Africa’s worst streaks in recent history.

By November, De Klerk had been ignominiously discarded after losing eight of his first 11 Tests, culminating in a 27-13 defeat to Wales in which he was sent to the sin bin. He was not selected again for the next 18 months.

He opted to leave Super Rugby side the Lions in Johannesburg and head to Sale in the English Premiership, a move he now credits with sharpening his decision-making and kicking.

But he would not get another chance until Rassie Erasmus took charge of the Springboks in early 2018.

De Klerk, 28, has more than rewarded his coach’s faith with some dynamic performances in this tournament.

He was named Player of the Match for a particularly outstanding display against Japan in the quarterfinals, when he scored a try, set up another, and weighed in with 10 tackles as the mighty Springbok defence kept the Japanese wingers at bay.

But De Klerk’s presence in the team has not been unanimously popular back home. Standing at just 1.72m, his lack of stature has been a talking point in a land where size has been long regarded as a prized asset.

De Klerk’s work rate and energy – he has completed 200 passes at the tournament so far – counterbalance his lack of physicality. But he was singled out by some for conceding possession too cheaply against Wales with his kicking.

The statistics do show that De Klerk has erred at this World Cup. So far he has conceded nine turnovers, five more than his opposite number on Saturday night, England’s Ben Youngs.

But the scrum-half said he is largely immune to criticism.

“One of the features of this tournament is that it has shown what matters is the size of your heart rather than your body,” he said.

“I play to inspire people and give confidence to young kids who might shy away because of their size.”

His duel with the experienced Youngs will be one of the keys to Saturday’s final.

The England No 9 was bullish about the prospect when asked by reporters earlier this week, pointing out he has already come out on top against two other world-class scrum-halves at RWC 2019: Australia’s Will Genia and New Zealand’s Aaron Smith.

Youngs, two years older and 6cm taller than De Klerk, does appear to offer a slightly greater attacking threat. In the five matches he has played at RWC 2019, he has made 19 carries (De Klerk has made 14 in four matches), beaten eight defenders (to De Klerk’s three), made five clean breaks (compared to three), and three try assists (as against one) so far at Rugby World Cup 2019.

But the differences are slight, and the smaller man has contributed more to his team defensively: De Klerk has completed 29 tackles to Youngs’s 13.

It will be an interesting clash of styles.

The busy Youngs creates more from open play. In England’s knockout matches he has made 138 passes to just 17 kicks.

By contrast, De Klerk’s tactics have focused on unleashing South Africa’s dominant pack by kicking for territory. De Klerk has made 77 passes to 36 kicks.

Saturday will prove which is most effective.