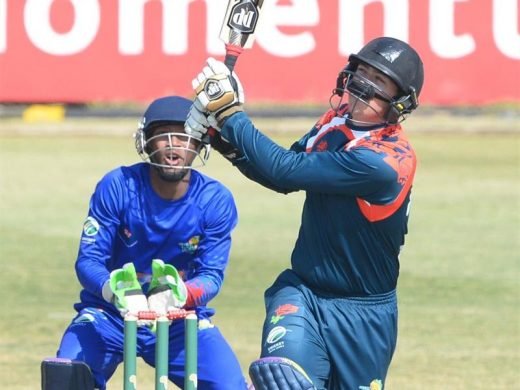 A career-best 87 off 53 balls by Wesley Marshall and strong display in the field paved the way for Easterns to win a thrilling CSA Provincial T20 final when they edged out Hollywoodbets KwaZulu-Natal Inland by five runs in Benoni on Tuesday.

The opener clubbed two sixes and nine fours to propel the hosts to a strong 178 for six after they were asked to take the first strike at Willowmoore Park.

The visitors made a good start to their response and looked on course for victory thanks to Grant Roelofsen’s own highest score of 79 off 58 balls (4 fours, 4 sixes), but strong bowling, led by Dyllan Matthews (1/23), and good fielding at the death, kept the away side to 173 for four.

And that was enough to earn the home side victory in what was the inaugural edition of the competition.

The two teams reached the deciding game on Monday when they won their respective semi-finals by comfortably beating Eastern Cape representatives Border and Eastern Province, but the last game of 2019 was much tighter.

Powered by Marshall and fellow opener Yaseen Vallie (47), Easterns raced out of the blocks to reach 118 for none in the 12th overs before the first wicket finally fell.

The pair were also aided by some poor fielding by the men from Pietermaritzburg as they looked on course for 200 before KZNI finally managed to drag things back at the death.

Only Imraan Manack (15 not out) and Jurie Snyman (11) managed double figures after the opening duo with the tournament’s leading wicket-taker, Kerwin Mungroo (3/25), and Michael Booth (0/26) instrumental in keeping their side in with a chance.

For KZNI to have a chance, they needed their openers to fire and Roelofsen and Cody Chetty (48), the competitions top-two run-scorers, obliged via a 102-run first-wicket stand that also ran until the 12th over.

But Matthews then bowled some tight overs alongside Manack (1/32) to help their side stay just ahead of the game.

It eventually came down to 15 from the last over thanks to Robbie Frylinck’s 32, but both the veteran all-rounder and the top-scorer were dismissed in those six balls sent down by Matthew Arnold (1/40) as Easterns held on to complete a special Heritage Day for the hosts.

The final was the last chance for Mzansi Super League Wildcard hopefuls to impress, with the six teams now set to name their final picks. The announcement of the lucky six players is set for Wednesday.