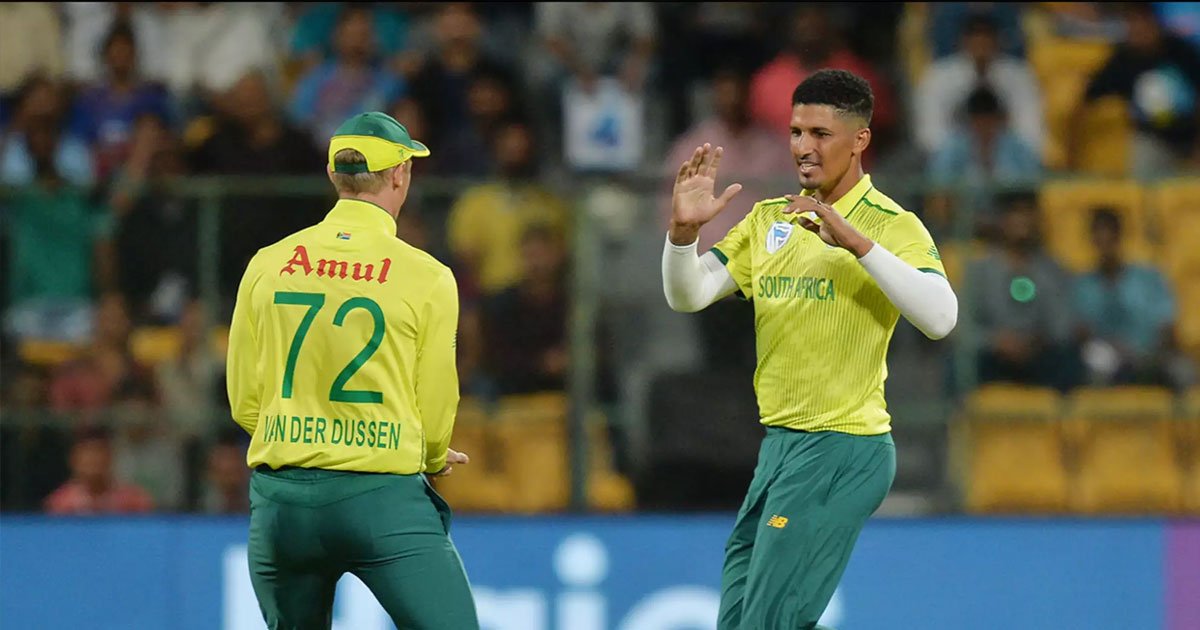 Beuran Hendricks claimed 2/14 as he helped South Africa to a nine-wicket win over India in the third T20 in Bengaluru on Sunday.

South Africa were always in control in their innings after India posted 134/9, as the visitors reached 140/1 with 19 balls remaining.

The win meant the sides ended the three-match series tied 1-1.

New T20 captain Quinton de Kock used five different bowlers in the six-over power play and one-over spells became the rule rather than the exception, throughout the innings after India had won the toss.

Hendricks came into the side in place of Anrich Nortje in the only change to the team and bowled a superb two-over spell of 1/7 with eight dot balls which set up his impressive figures.

Kagiso Rabada started with three wide deliveries that cost seven runs to go for 17 runs in his first over but recovered well to respond with 3/22 from his remaining three overs.

Tabraiz Shamsi, after being hit for sixes off his first two deliveries, came back strongly to take 1/23 in four overs. Bjorn Fortuin in his second match finished with 2/19 from three overs.

De Kock scored an unbeaten 79 off 52 balls (five sixes and six fours) which included an opening partnership of 76 off 63 balls with Reeza Hendricks.

By the time he hit his third six in the ninth over, the match was finished as a contest as the required run -rate had dropped to less than a run a ball with all 10 wickets still in hand. He also chalked up his 1000th run in T20I cricket.

Temba Bavuma contributed with 27 from 23 balls to help his side over the line.

Beuran Hendricks was named Man of the Match and De Kock Man of the Series.

The Proteas now move on to the three-match Test series starting on October 2, following their move up to third in the ICC T20 standings.