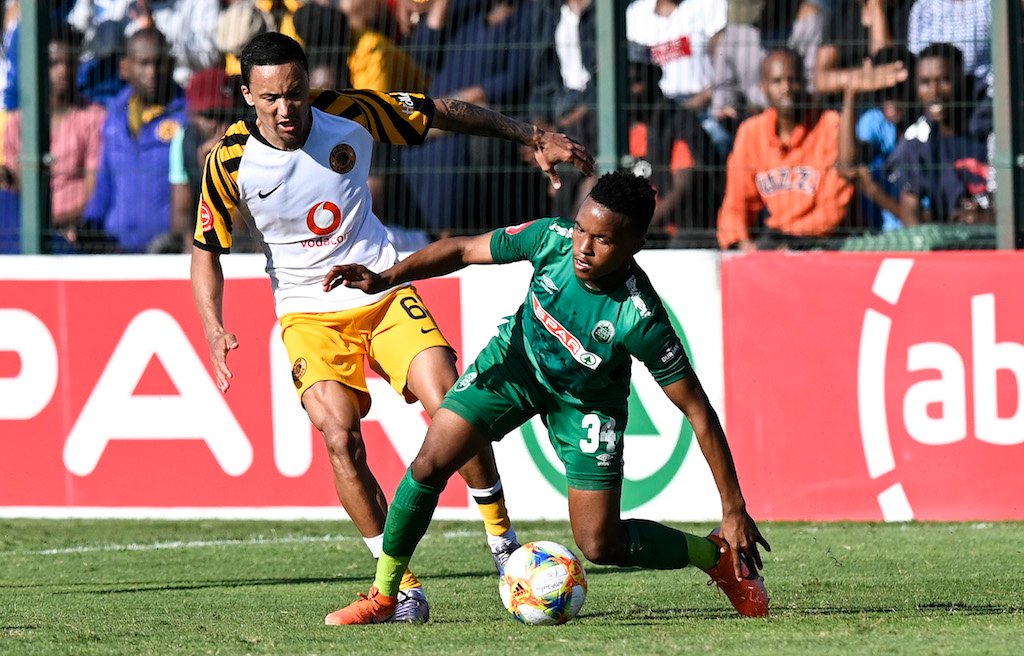 Bottom-of-the-table AmaZulu, with new coach Jozef Vukusic in charge for the first time, made a real game of it and were unlucky not to take anything from a match in which they had two goals ruled out.

Amakhosi meanwhile left it late before securing the victory, thanks to Leonardo Castro’s 83rd-minute strike before Khama Billiat wrapped it up in the 92nd minute.

The result was the response the Soweto side were looking for after a defeat to Polokwane City in their previous outing, and moves them up to the top of the table, level on points with Rise and Shine.

Chiefs made the early running on the afternoon, but a well-organised home defence meant that goalkeeper Siyabonga Mbatha went largely untested.

Amakhosi should, however, have taken the lead after just four minutes when Lebogang Manyama arrived in the box to get on the end of a cross, but from six yards out he skied the ball over the bar.

Usuthu’s first chance came six minutes later, but Sphesihle Maduna fired straight at Itumeleng Khune, who was back in goal after a lengthy injury absence.

Chiefs meanwhile continued to look for openings and managed to get in a succession of crosses from the right, mainly through Manyama, but it just wouldn’t fall for them in front of goal.

It was actually at the other end of the field that the most notable goalmouth action came when Khune reacted very sharply to tip Ovidy Karuru’s 37th-minute header over the bar.

The other talking points of the opening stanza were the yellow cards issued for the two head coaches, Ernst Middendorp and Vukusic, following a side-line altercation a few minutes before half time, as well as a head injury suffered by Samir Nurkovic, which saw the Chiefs striker replaced by Castro.

After the restart, there was work for Khune as he got down quickly to keep out a powerful drive from Siyethemba Sithebe.

But with Chiefs growing in confidence and showing more intensity in front of a packed house in Umlazi, a succession of chances followed around the hour mark.

The best of them fell to Billiat, but his first attempt saw his chipped effort narrowly missing the target before he was denied by a fine reflex save by Mbatha.

The KwaZulu-Natal side though remained very much in the contest and appeared unfortunate to have two goals ruled out – from Kararu and Talent Chawapiwa, for offsides, with replays suggesting both calls may have been incorrect.

Having ridden their luck, the Soweto side finally got their breakthrough with seven minutes of regulation time to go when Manyama’s free-kick came back off the woodwork and fell to Castro, who reacted very well to control the ball before steering it into the net from a tight angle, while under pressure from a couple of defenders.

Manyama then thought he added a second goal a minute later, but once more the offside came up in what was another tight decision.

There was however still time for the scoreline to be altered as Billiat capped a good afternoon for Chiefs when he scored a clinically-taken effort after a blistering counter-attack in added time.