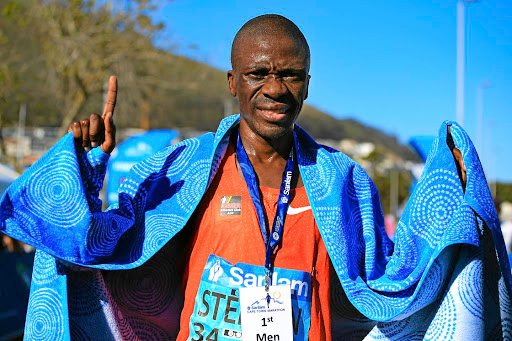 The FNB Durban 10K CitySurfRun takes place on Sunday, October 13, starting at the Blue Lagoon and finishing at the beachfront near the Bike and Bean outlet opposite Durban Country Club.

In the race will be SA 10km record-holder (27:38) and SA Half Marathon champion Stephen Mokoka. He said he is ready to challenge for the title.

No one can deny that he is in the best shape of his life. After running his fifth-best ever half marathon time in July to win the national title (60:57), Mokoka, a month later, became only the second South African to break 60 minutes when he ran 59:50 in Buenos Aires.

His time will become the new SA record as the times of 59:20 and 59:40 of Hendrick Ramaala were run on an aided course.

Mokoka has raced the CitySurfRun since its inception in 2017 finishing 4th and 6th in 2017 and 2018 respectively.

The course in Durban is ideal for fast times and is the perfect opportunity for South Africa’s leading athletes to improve on their personal bests.

Add to that mix a deep international field and you have the makings of yet another impressive race.

Over the short period of five years, the series has grown to over 40 000 runners in the three cities and has attained IAAF Bronze Label Status in two events. The Durban race is now chasing Gold Label status.