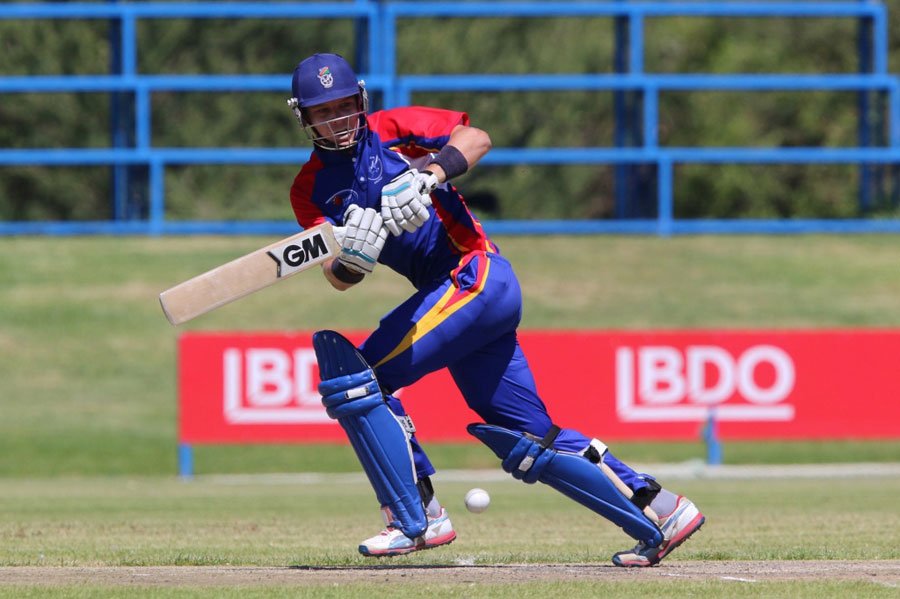 Namibia captain Gerhard Erasmus led from the front with a 100-ball 88 as they beat Papua New Guinea by four wickets in the 11th match of the ICC Men’s Cricket World Cup League 2 in Lauderhill, USA, on Sunday.

It was their second victory in this World Cup qualifying campaign.

Having elected to bat, PNG started well, but things turned around in the seventh over when Helao Ya France bowled Gaudi Toka for nine.

However, PNG’s captain Assadolah Vala (38), took the pressure off the incoming batsmen to contribute and post a competitive total.

PNG reached the 100-run mark with two wickets down in the 26th over.

But Namibia continued to bowl well with Zhivago Groenewald picking up three wickets, continuing his form from the previous game against the USA, in which he had a five-wicket haul.

Namibia’s opening pair also started well and batted until the 10th over, but Nosaina Pokana dismissed Stephen Baard for 22.

Unfortunately for their bowlers, Jean Kotze (43) and captain Erasmus (88) put on an excellent 124-run stand for the third wicket.

Erasmus’s 100-ball knock comprised 10 fours and three sixes and eased the pressure on the other batsmen.

Though it was Namibia’s second victory in the tournament, PNG are still winless from their seven matches. They play Namibia again on Monday.

Player of the Match Erasmus said: “It was a very important partnership with Kotze but I do not think we bowled or fielded particularly well. There is lots of room for improvement.”