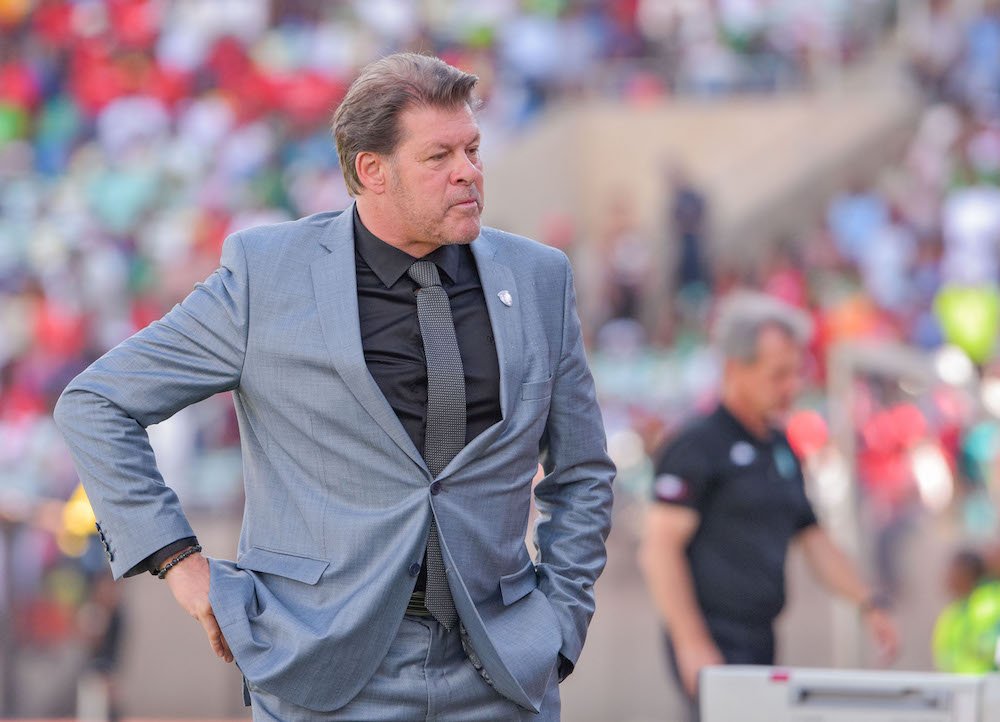 On Thursday Black Leopards confirmed the news that South African soccer fans had been expecting to hear – that they have appointed outspoken Belgian Luc Eymael as their new head coach.

Lidoda Duvha were one of three teams to part ways with their head coach last week after they showed Frenchman Lionel Soccoia the exit door, just three months into his tenure.

Also to pack their bags were Chippa United’s Clinton Larsen and AmaZulu’s Cavin Johnson, with Johnson having been replaced by Jozef Vukusic, while Duran Francis has been handed the reins at Chippa on a caretaker basis.

Eymael has penned a two-year deal with the Thohoyandou-based club.

His last job in the Premier Soccer League (PSL) was with Free State Stars; with whom he won the Nedbank Cup. However, after departing the club in November 2018, Stars were relegated six months later.

Previously he worked at Polokwane City, and has also had spells at a number of teams across the African continent as well as in the Middle East – Leopards will be his 12th club since he first arrived on this continent to coach at DR Congo outfit AS Vita in 2010.

Eymael is not expected to have his paperwork cleared in time to be on the bench for Leopards’ next match, against Bloemfontein Celtic on Sunday, but could take charge for the first time in a home game against Mamelodi Sundowns next week Wednesday.

The fixture though that many supporters will have been scanning for is the Golden Arrows encounter, which takes place in Thohoyandou on November 30.

Arrows coach Steve Komphela lashed out at Eymael just a couple of weeks ago, after there had been speculation that the Belgian was returning to South Africa, with Komphela making it plain that he would not welcome back the 60-year-old to these shores.

“This guy has disrespected people tremendously and this nation would be naïve‚ if not very close to stupid‚ if they were to allow such a man to come and work here,” he told the media.

“Why give the man the respect and resources that belong to our country when he thinks so little of us?”

One of Komphela’s issues with the often outspoken Eymael came during his time at Kaizer Chiefs after the Belgian had made it no secret that he was keen to take over at Amakhosi.