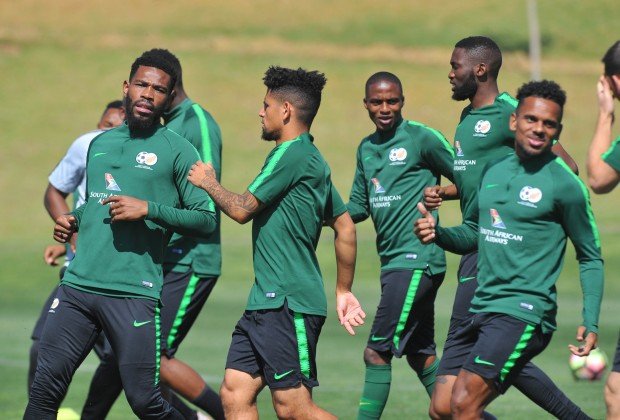 Bafana Bafana have announced a squad of 23 players to face Mali in the 2019 Nelson Mandela Challenge fixture on 13 October at the Nelson Mandela Bay Stadium in Port Elizabeth.

SA coach Molefi Ntseki made two changes to the squad that was called up for the cancelled friendly international match against Zambia earlier this month.

He has called up Themba Zwane and Mosa Lebusa in place of Rivaldo Coetzee and Lebohang Maboe, all from Mamelodi Sundowns.

After the withdrawal of Zambia, this will be Ntseki’s first match in charge of Bafana Bafana following the resignation of head coach Stuart Baxter after the Afcon tournament.

The fixture is part of South Africa’s preparation for next month’s back-to-back 2021 Africa Cup of Nations qualifiers against Ghana and Sudan.

“This is a very important match for us as it will determine our way forward in the sense of how we are going to play and approach matches. We could not play a match in the last training camp due to reasons known to everyone, but we had good training in anticipation of that game,” said Ntseki.

“But it will be crucial for us to start the journey of the AFCON qualifiers in a positive note. What I also want to see from the players is the mental attitude that there are no friendly matches in international football, we have to do the best we can to win every fixture because winning can become a habit – and on the other hand, so can losing.

“Once we do well against Mali, it will stand us in good stead against Ghana and Sudan next month.”