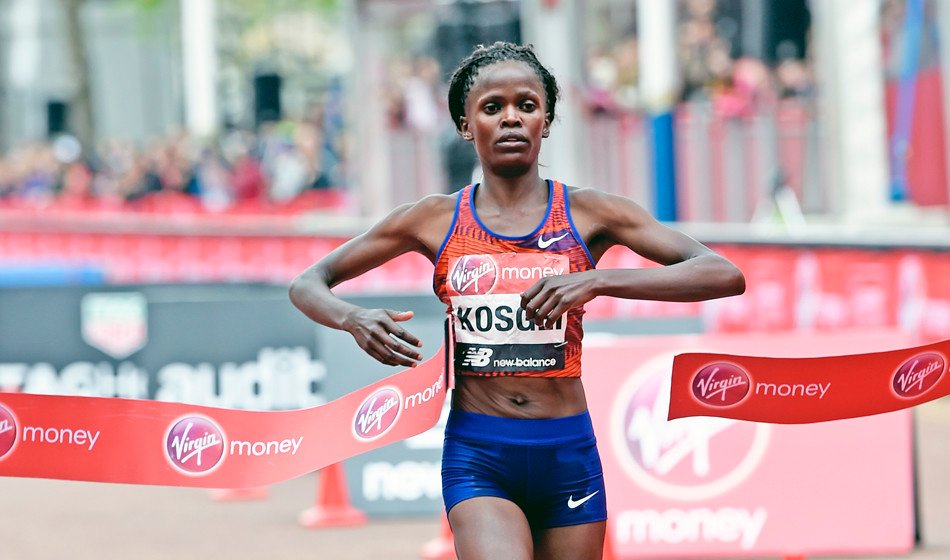 Kenya’s Brigid Kosgei smashed the women’s course record at the Great North Run half marathon on Sunday, clocking 1:04:28 over the course from Newcastle-upon-Tyne to South Shields, England, the fastest performance ever over the distance.

As a point-to-point course and slightly downhill, it’s not valid for record purposes, but that shouldn’t take away from the performance by the 25-year-old Kenyan who dominated the race from the outset.

Running at the front from the start, Kosgei, who raced to victories in London in April and Chicago last October, covered the opening mile in 4:46 and forged on from there to clip more than a minute from the record of 1:05:39 set by Kenyan Mary Keitany in 2014.

In the men’s race, Great Britain’s Mo Farah raced to his sixth victory at the event, holding off Ethiopian Tamirat Tola over the final mile to win in 59:06.

Tola, the silver medallist in the marathon at the 2017 World Championships, was second in 59:13.