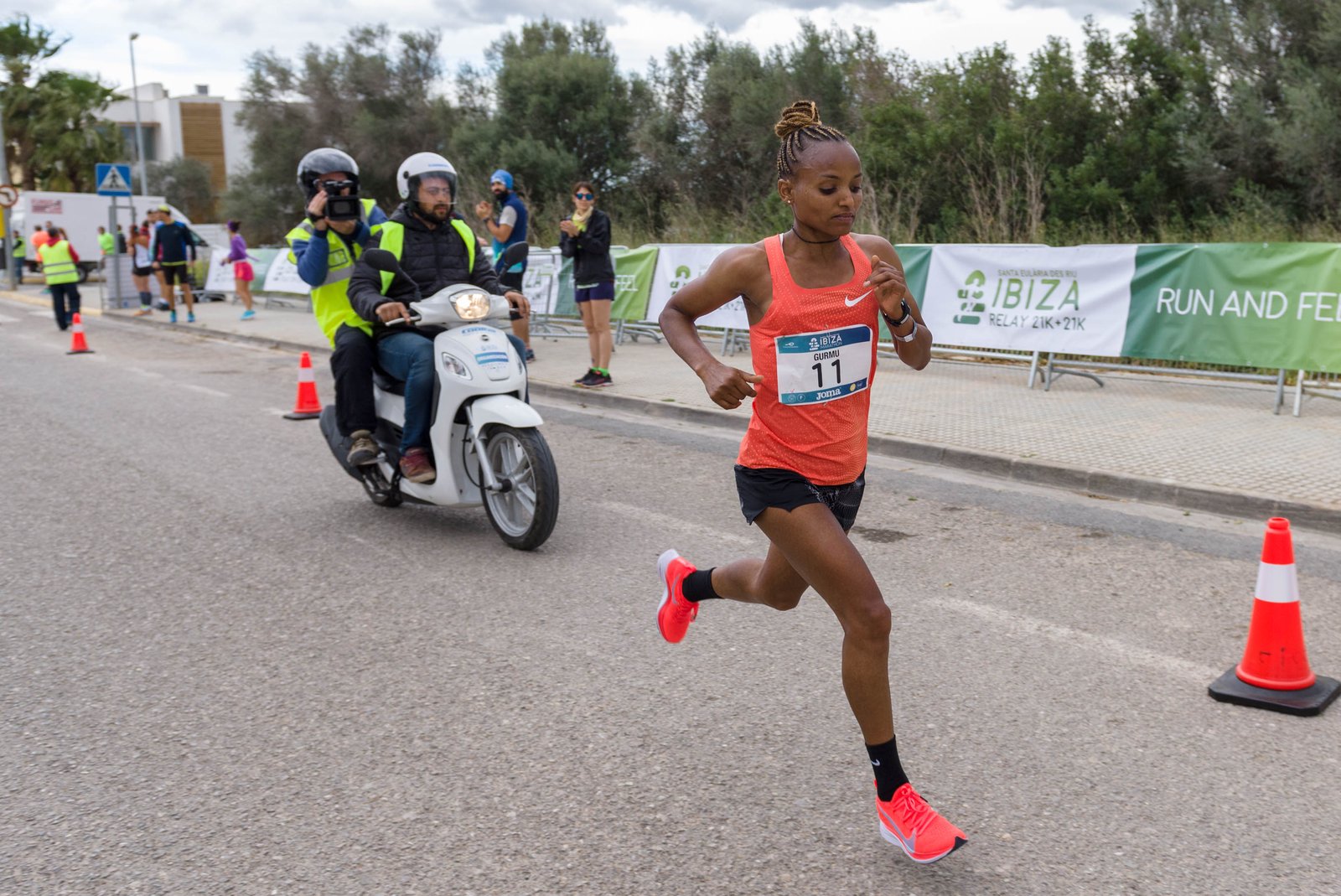 The race was staged under sunny conditions and a leading pack of seven runners paced the race to the 20-kilometre mark in 1:10:53 and to 25 kilometres in 1:29:07.

The 30-year-old Gurmu, who previously mainly competed in 10km and half marathon races and took the 2019 Ibiza Marathon title in 2:34:30 five months ago, held the pole position in the leading group for most of the race.

When the leaders reached the 30km water station, only four runners were left and the in-form Gurmu waited for another eight kilometres before pushing ahead to take the lead.

The Ethiopian kept extending the lead before eventually crossing the line in 2:29:48. Her winning mark is the second-fastest in the race’s 10-year history, 12 seconds shy of the course record set two years ago by Kenyan Chemutai Rionotukei.

Gurmu’s countrywoman Tsehay Gebre, a 2:28:06 performer who will turn 27 in three days, failed to continue her winning streak in China following victories in Kunming last December and in Wuxi six months ago, as she clocked 2:30:27 to take second place.

Tsehay Maru, 25, trailed six seconds behind Gebre to complete a sweep of the podium for Ethiopia.

Kenyan-born Bahraini Marius Kimutai, 26, the second-fastest entrant in the field with a PB of 2:05:47 set three years ago in Amsterdam, emerged victorious from a thrilling three-man battle at the end to become the first winner from Bahrain in the central Chinese city.

The Bahraini was among a 10-man leading group that paced the race in the early stages. When they hit the 25km mark the leaders were trimmed to eight.

Kenya’s Justus Kimutai tried to pull away near the 35km mark. Although his effort went in vain, only four runners managed to catch up with his pace. And at the 38km the leading group was further cut to just four runners.

After another one kilometre, Kimutai launched his charge, forcing Ethiopia’s Fikadu Girma to quit the contest for the title at 40 kilometres.

The remaining three runners kept shoulder-to-shoulder until the Bahraini pulled clear some 200 metres before the finish.

Slapping his chest and pointing to his number bib, Kimutai celebrated his victory even before breaking the tape.

Justus Kimutai finished second in 2:09:46, which is the fastest result ever achieved on an eligible course for the 26-year-old.