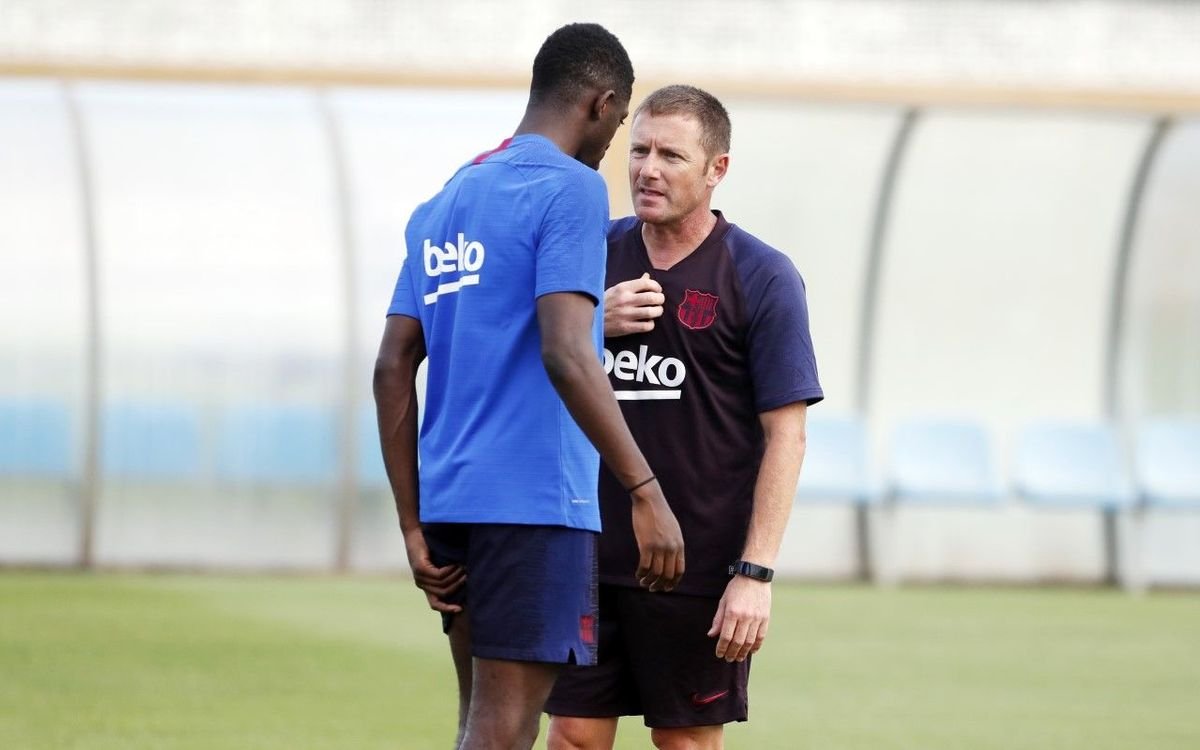 Ousmane Dembele has diagnosed a strain on his left hamstring which will keep him out of action for “approximately five weeks,” the club revealed on Monday

The forward is Barcelona’s latest player to be sidelined, following the club’s captain Lionel Messi who has not featured in any La Liga action since last season.

His South American counterpart Luis Suarez limped off after 37 minutes of gameplay in the Blaugrana’s opening match defeat to La Liga side Athletic Bilbao.

However, Messi could be available for selection in Barca’s next game against Real Betis.

Dembele who arrived at the Camp Nou in the summer of 2017 has been an injury-prone player for Ernesto Valverde’s side, limiting his game time.

The 22-year-old Frenchman could miss five La Liga matches as well as France’s Euro 2020 qualifiers against Albania on September 7 and Andorra on September 20.

New signing Antoine Griezmann is the only fit-to-play forward for the La Liga champions, with Philippe Coutinho already serving his loan spell at Bayern Munich.

Rafinha could be the other alternative to bolster Valverde’s attacking option as they look to re-sign unsettled Paris-Saint Germain star Neymar before the transfer window closes.