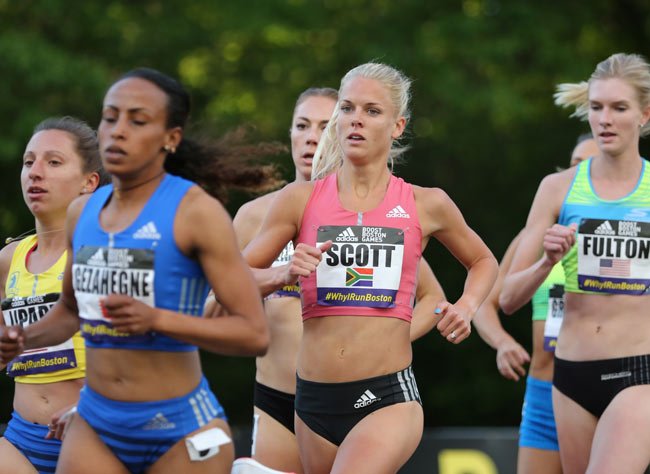 Dominique Scott-Efurd became the second SA woman to breaking 15 minutes for the women’s 500m at the  IAAF Diamond League meeting in London, England on Sunday.

Scott-Efurd finished 15th in 14:59.08, slicing more than five seconds off her Personal Best and joining national record holder Elana Meyer as the only SA women to have dipped under 15 minutes over 12-and-a-half laps.

She also achieved the required qualifying standard for the IAAF World Championships in Doha, Qatar later this year.

Upfront, world champion Hellen Obiri of Kenya launched a late sprint to win the race in 14:22.12.

Closing out an impressive all-round performance by the SA contingent at the two-day meeting, Wenda Nel settled for the eighth position in the women’s 400m hurdles event in 56.39. Rushell Clayton of Jamaica stormed to victory in 54.16.

Earlier on Saturday, Akani Simbine had won the men’s 100m race in 9.93, with Luvo Manyonga (8.37m) and Ruswahl Samaai (8.11m) finishing first and third, respectively in the men’s long jump.

The 11th of 14 legs in the IAAF Diamond League series will be held in Birmingham, England on August 18.