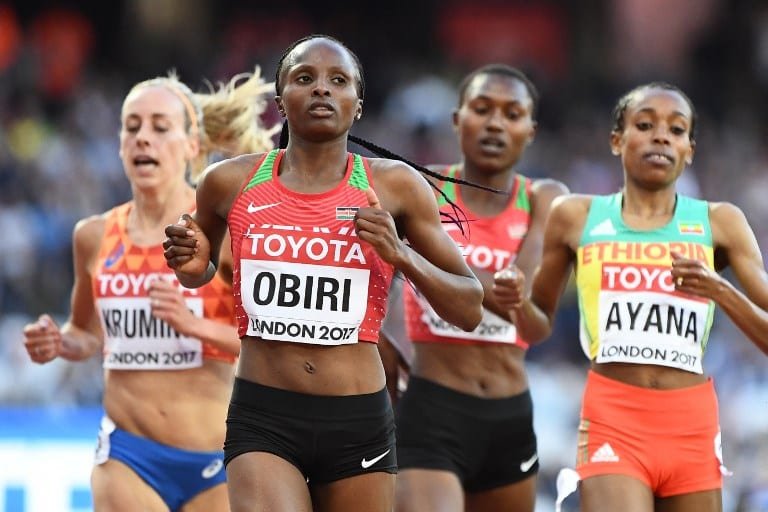 Kenyan Hellen Obiri was one of the stars in the second day of action at the IAAF Diamond League Muller Anniversary Games in London Stadium on Sunday.

In one of the premier showdowns of the afternoon, Obiri kicked away from Ethiopian-born Sifan Hassan (representing Holland) with just over 200 metres to go to take the 5 000m in 14:20.36, a meeting record and world-leading performance.

The reigning world champion needed to utilise every bit of her notorious closing speed to hold off compatriot Agnes Tirop, who flew past the fading Hassan over the final 50 metres to finish second in 14:20.68.

For Obiri, it was her second-fastest performance ever and for the 23-year-old Tirop, a lifetime best.

“I am so happy because this is my favourite track and I have done my best and I ran the way I wanted to,” said Obiri, who took the 2017 world title in London Stadium.

“In the last lap I was thinking, work hard and I said to myself when I went past Hassan, ‘Let me go and see if you can catch me’.”

She couldn’t, but still clocked 14:22.12 to improve her own European record by 0.12, nine days after breaking the world record in the mile.

Another African athlete who put in a good performance was the Ivory Coast’s Marie-Josee Ta Lou who came third in the 100m in a time of 10.98 behind Jamaican winner Shelley-Ann Fraser-Pryce.

Ethiopian Samuel Tefera prevailed in a fierce last-lap battle against Norwegian Filip Ingebrigsten to add his name to the list of winners of the Emsley Carr Mile.

Pulling ahead in the closing stages, the Ethiopian held off Ingebrigsten to take it in 3:49.45, the fastest in the world this year.