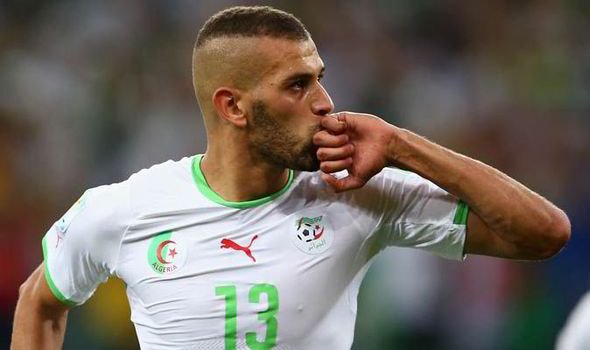 Algeria maintained their 100 percent record at the Total Africa Cup of Nations Egypt 2019 thanks to a 3-0 drubbing of Tanzania in their Group C ultimate clash late on Monday night at the Al Salam Stadium, Cairo.

Les Fennecs scored all three goals during the final 10 minutes of the first half during with Adam Ounas netting brace and the other by Islam Slimani.

The result ensured the Algerians topped the group with the maximum nine points, whilst Tanzania’s first outing at the flagship continental showpiece event ended on a low, as they finished their campaign pointless.

Senegal grabbed the group’s other ticket for the next round after beating Kenya 3-0 in their other clash at the June 30 Stadium, also in Cairo.

After a strong start, Les Fennecs broke the deadlock after 35 minutes to give Algeria the lead. Four minutes later, Ounas, who plays for Italian giants Napoli, doubled the lead before completing his brace on the stroke of half time.

The second half was entertaining but either side failed to hit the back of the net as Tanzania guided by Nigeria legend Emmanuel Amuneke bid farewell to the competition.

The Total Man of the Match award went to Adam Ounas of Algeria.