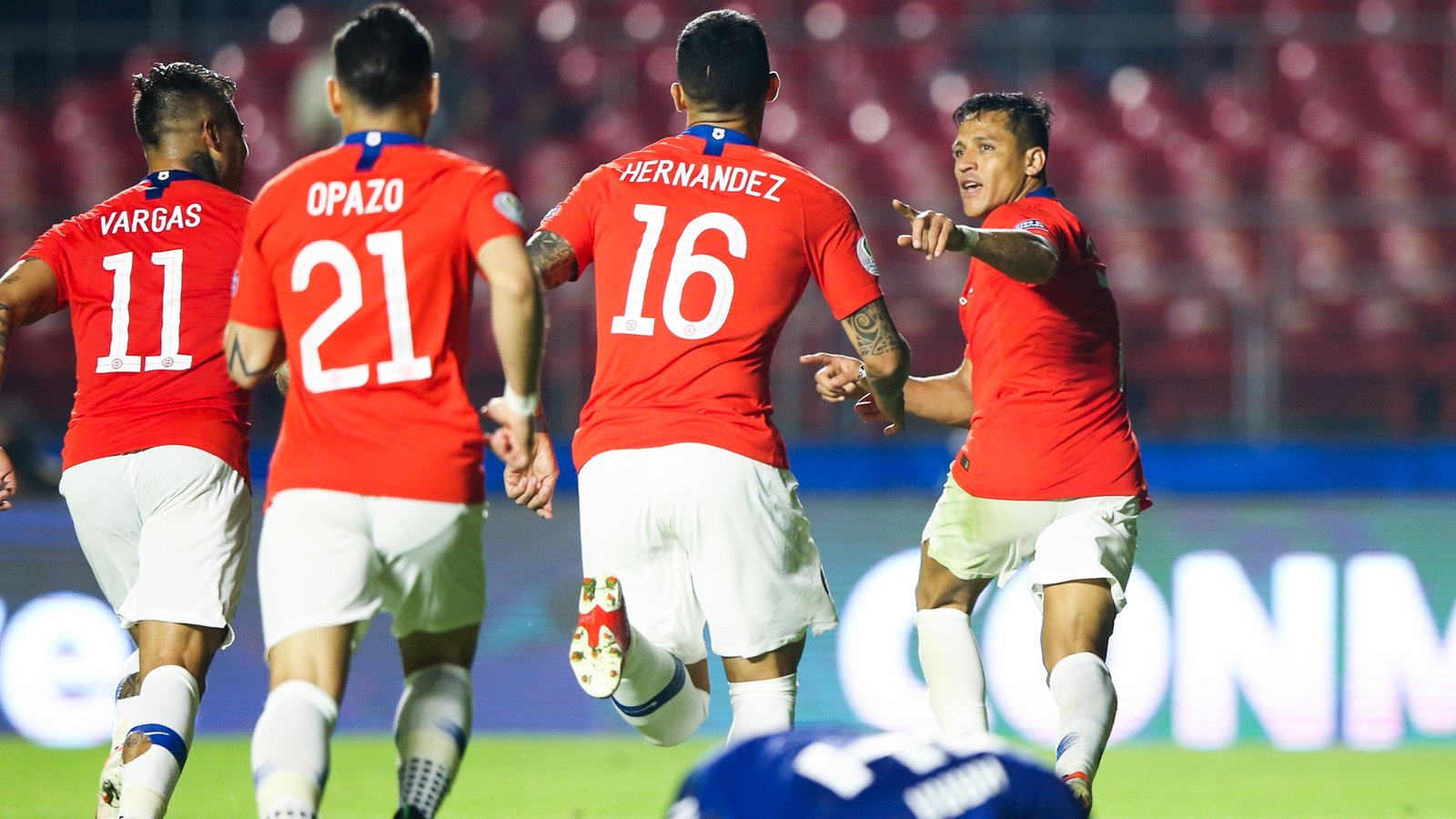 Eduardo Vargas and Alexis Sanchez got on the scoresheet as Chile showed their claws in an emphatic 4-0 win against Japan in the Copa America in Sao Paulo, Brazil.

Midfielder Erick Pulgar scored Chile’s first goal in the 41st minute before Vargas opened his account for the day in the 54th minute to continue his remarkable consistency for his country by scoring in a fourth consecutive major tournament.

Manchester United misfit Sanchez scored the third of the day with a bullet header in the 82nd minute taking his international tally to 42.

The 30-year-old who ended his goal-scoring drought since January went on to set up Vargas for his second and fourth for Chile to round up the team’s impressive performance.

Chile came up against a rather inexperienced Japan side to kick off their Copa America campaign and their best early chance only came when Shoya Nakajima let fly after bursting forward only to see his shot saved by Chile goalkeeper Gabriel Arias.

The victory saw Chile join Uruguay, who beat Ecuador with a similar scoreline as Paris Saint-Germain’s attacker Edinson Cavani and Barcelona’s forward Luis Suarez get on the score sheets, top of Group C.

In a post-match interview, Chile coach Reinaldo Rueda said, “The important thing is that we move on now with humility.”

“This win doesn’t suddenly make us a dream team, just as we weren’t the disaster that our critics were saying we were before,” he added.