Uganda and Zimbabwe settle for 1-1 draw in Africa Cup 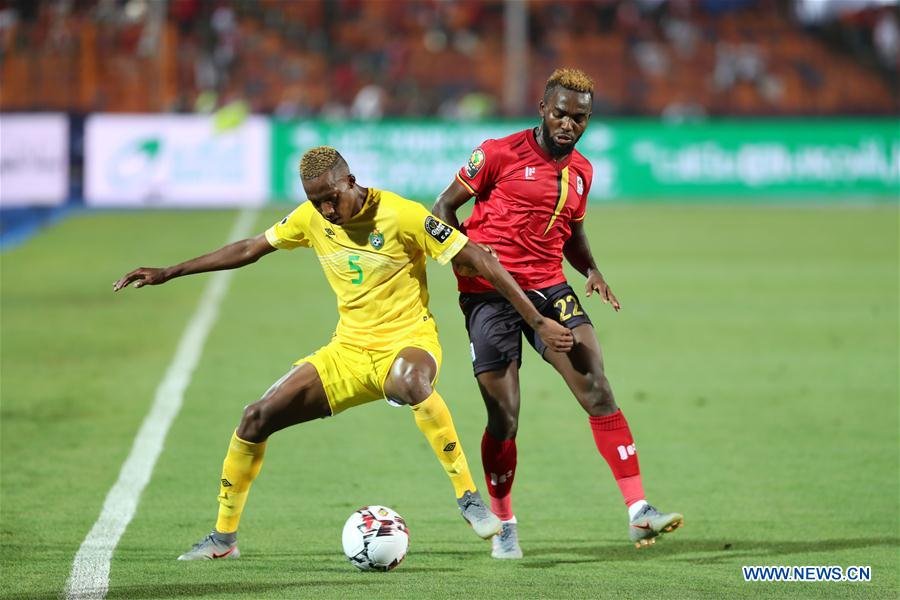 Uganda enhanced their chances of a first-ever appearance in the Africa Cup of Nations knockout round since 1978 after playing to a 1-1 draw with Zimbabwe in Cairo on Wednesday to move to four points after two games in Group A.

The Cranes scored first through Emmanuel Okwi but Zimbabwe equalised five minutes before halftime through star forward Khama Billiat. The Warriors now have just one point after losing their opening game to hosts Egypt.

But, they will rue two brilliant scoring opportunities missed in the second half.

Skipper Knowledge Musona missed a sitter with a gaping goalmouth five minutes after the break after Ovidy Karuru’s cross was deflected to his path.

In the 68th minute, substitute Evans Rusike saw his point-blank effort cleared off the line beautifully by Uganda keeper Denis Onyango after the initial save had slipped under his arms.

The Cranes moved into the lead 11 minutes into the game when Okwi scored his second goal of the tournament with a tap-in from close range after Zimbabwe keeper George Chigova spilled a shot from Abdu Lumala.

In the 22nd minute, Musona had a chance when he was picked out by a cross from the left before controlling and turning, but his shot was off target. Four minutes later, Billiat had an effort with a low shot which went wide.

Zimbabwe continued prodding into the Ugandan half, trying to open up their defence. In the 32nd minute, Musona whipped in an inviting cross from a freekick, but the ball evaded everyone in the box and rolled wide.

The Warriors finally got their goal five minutes before the break off some beautiful team play. Musona chested the ball through for Karuru who raced down on the left, before picking out Billiat with a low cross that the Kaizer Chiefs forward flicked ahead of Onyango.

In the second half, just after Zimbabwe had missed two great chances, Uganda had their own open chance go begging when Patrick Kaddu volleyed over, also with the goal at his mercy after the keeper parried Karuru’s cross into his path.

Uganda next play Egypt on Sunday whilst Zimbabwe squares DR Congo in the final Group A matches.