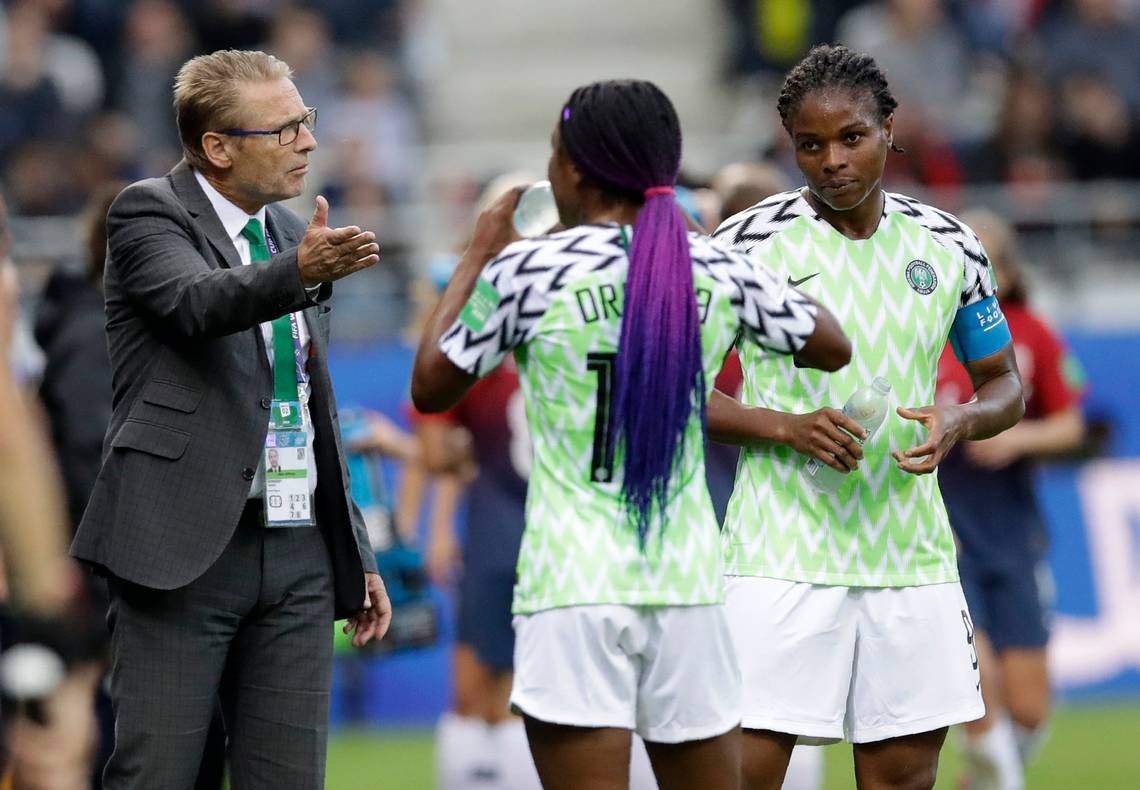 Nigeria suffered a 3-0 defeat at the hands of Norway in their Women’s World Cup Group A opener
at Stade Auguste-Delaune, Reims, France, on Saturday night.

The three Norwegian goals were netted in the space of 20 minutes in the first half. The scorers were Guro Reitan (17th min), Lisa-Marie Utland (34) and an own by Osinachi Ohale (37).

Norway’s performance was a fine team effort both in defence and attack. It produced the best possible start to their World Cup campaign.

Scorer Reiten won the Player-of-the-Match award and on the night she was a constant threat to opposition defence.

“I don’t think I have played better,” Reiten said after the match. “It’s fantastic (the award). Now we just have to keep going.”

It was a second defeat for Africa on Saturday evening after the demise of South Africa Women. It was not the start Nigeria wanted.

There is still everything to play for in their next match against Korea Republic in Grenoble on Wednesday.

Thomas Dennerby, Nigeria’s coach, will be looking for better performance on Wednesday.

“When it comes to sport, never ever give up. We have to fight for 180 minutes more, plus added time,” said Dennerby.

“A game can change in the last minute so we will work very hard for it and I can promise that we’ll never give up.”