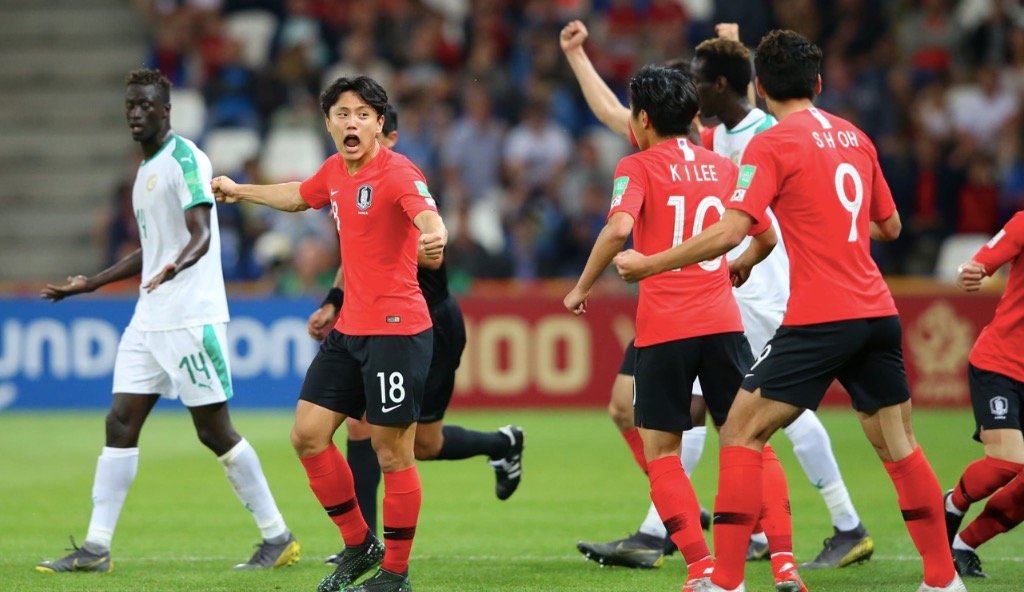 Korea Republic are through to the Poland 2019 semifinals after prevailing 3-2 on penalties in an engrossing encounter with Senegal that finished 3-3 at the end of extra time in Bielsko-Biala, Poland, on Saturday night.

Senegal were the more active attackers in the first half at the Bielsko-Biala Stadium and broke through in the 37th minute.

Ibrahima Niane’s cushioned header from the goal line set up captain Cavin Diagne for an uncontested finish from eight yards.

The Young Lions of Teranga (Senegal) held their lead until the 62nd minute. Korea Republic earned a penalty after Lee Jisol was pushed in the back inside the 18-yard box, and up stepped Lee Kangin to equalise coolly from the spot.

Seven minutes later Senegal returned the favour after Lee Jaeik was ruled to have handled the ball in the box by the Video Assistant Referee (VAR). Lee Gwangyeon saved Niane’s initial spot-kick attempt but was shown a yellow card for coming off his line too soon, and Niane made no mistake with his second try.

The Korea Republic desperately searched for the equaliser and found it at the last moment through Jisol’s glancing header at the near post eight minutes into stoppage time.

Bursting with confidence heading into extra time, the Taeguk Warriors seized control when Kangin played Cho Youngwook through with an expertly weighted pass in the 96th minute. Youngwook slotted the ball into the net to give Korea Republic the lead for the first time in the match.

Senegal refused to let up, though and were rewarded in the waning seconds of extra time. Amadou Ciss picked out the bottom corner of the goal from the top of the box to send the game to penalties.

Indicative of the day’s performance, Korea Republic fell behind by missing their first two spot-kicks but battled back to advance to the semi-finals, with Oh Sehun converting his side’s final attempt while Diagne’s effort for Senegal went over the crossbar.