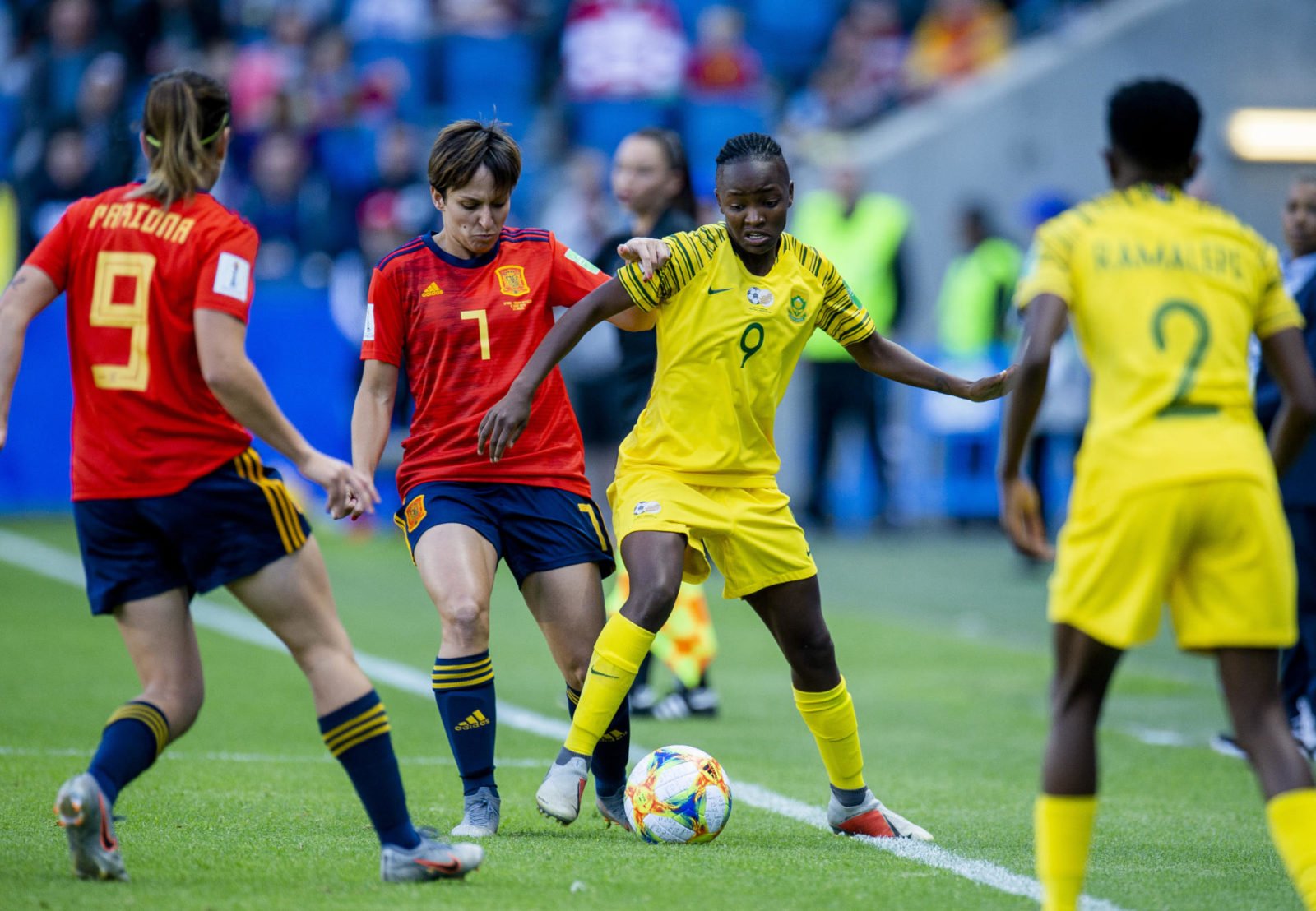 Strangely against the run of play, SA took the lead through Thembi Kgatlana in the 25th minute. Spain had dominated first-half possession without capitalising and on the other hand, looked vulnerable when exposed to counter-attacks.

Kgatlana had another gilt-edged opportunity to score in the 57th minute but she fluffed her attempt. After that SA never looked like scoring again

In the 69th and 82nd minutes, South Africa conceded penalties which Jennifer Hermoso converted to give Spain a 2-1 lead. That seemingly took the fight out of South Africa

Lucia Garcia wrapped up the scoring with Spain’s third goal just ahead of the final whistle.

After the match, Kgatlana said that after a good first half, the team became tired in the second half.

“It was a tough game for us,” said Kgatlana. “We knew Spain would come hard at us but we had a good first half.

“We started getting tired though and they brought on some fresh legs that helped them. But I’m proud as we kept fighting until the last minute.”

The result meant that Spain picked up its first Women’s World Cup win. They only played World Cup once before in 2015 when they failed to win a group phase game.

Their second-half play picked up somewhat with the introduction of substitutes Aitana Bonmati, Lucia Garcia and Nahikari Garcia who all helped to inspire a stirring comeback.

​This could have been a dream start for South Africa but it seemed the big stage seemingly got to the players after they took the lead.

They fielded an attacking team which eventually was forced to settle for a largely defensive role. This led to a number of mistakes and, ultimately, the concession of two penalties.

South Africa’s next Group B game will be against China PR on Thursday.